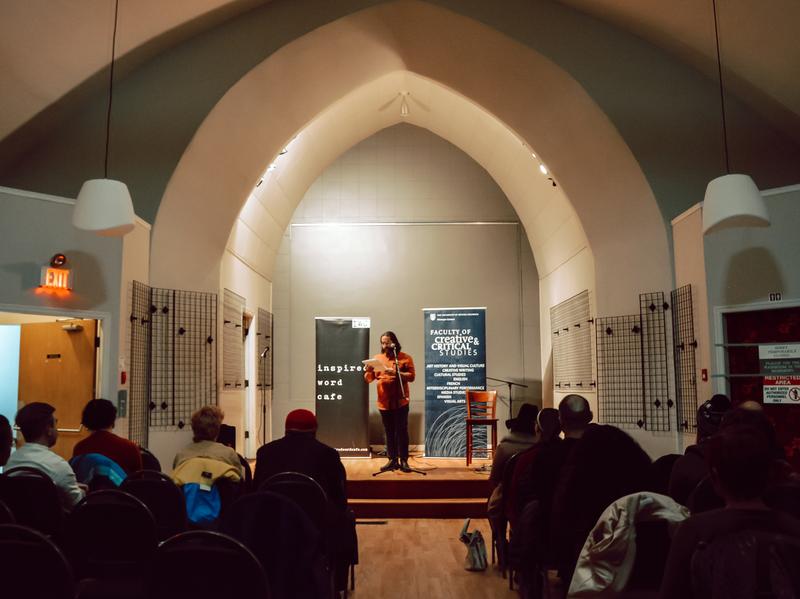 On January 17, the Faculty of Creative and Critical Studies (FCCS) and Inspired Word Café hosted three writers. The event took place in the Centre Culturel Francophone, a building that looks like a chapel. Samuel Archibald, Ian Ferrier, and Marie-Andree Gill read excerpts from their works.

The event was bilingual because two of the authors come from Quebec. 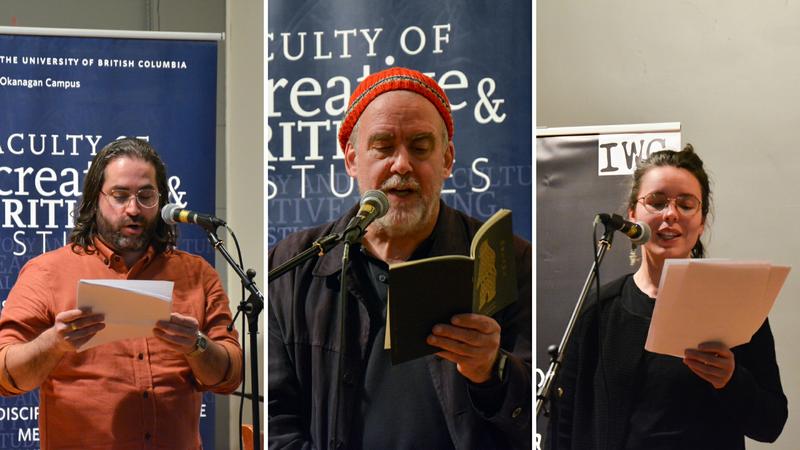 Samuel Archibald read part four from Three Tshakapesh Dreams, which was about a fight between two characters. I enjoyed the vivid language of the short story. Then, Ian Ferrier performed several songs about winter. They had sad melodies in a minor key that together with the words evoked images of a white empty countryside. Marie-Andree Gill read poems in French. I enjoyed the new experience of listening to poetry in a foreign language that I do not understand. According to professor Cole Mash who led the event, poetry transcends language barriers.

After the event, professor Cole Mash announced upcoming events, information which you can find on the websites of Inspired Word Café and FCCS. I enjoyed the event because I have never heard about the invited writers before. Coming from Russia, I want to learn about respected writers in Canada because it helps me understand Canadian literature better. Yet, I think that such events might be interesting not only to those who major in Creative Writing or English. The friendly atmosphere and interesting content make for a great event for anyone who loves art.