A summary of some notable changes and additions made to Policy 131. 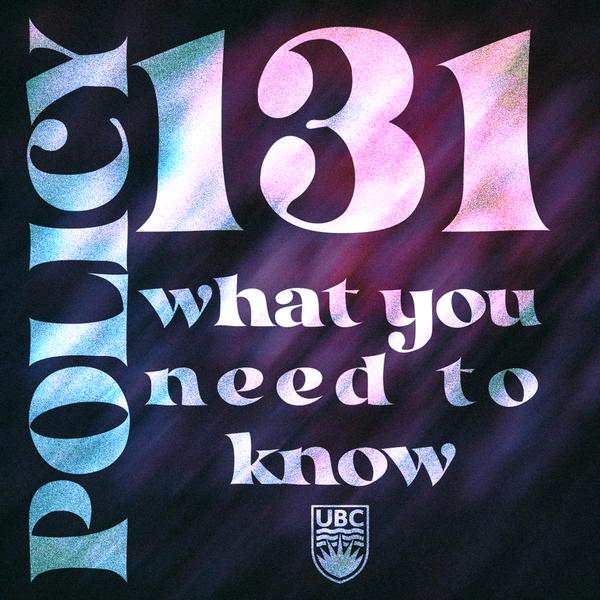 On January 27, a meeting was held at UBC Okanagan concerning changes and additions to Policy 131. Policy 131 relates to UBC’s responsibility to support any member of the UBC community (faculty and students) who has been impacted directly by sexual assault and other sexual misconducts. Under this policy, UBC is required to provide information about resources and options available to anyone impacted. Furthermore, UBC is supposed to provide a response and investigate any allegations involving sexual misconduct and assault. In attendance were UBCO’s Sexual Assault & Rape Awareness (S.A.R.A), Sexual Violence Prevention and Response Office (SVPRO), UBCSUO and numerous other on-campus resources centres.

Some notable changes and additions to the clauses discussed during this policy include the creation of an immunity clause and clarifying the definition of consent. The creation of an immunity clause encourages individuals who have faced sexual misconduct and assault to report regardless of circumstances. Its goal is to promote, for example, under-age students who were under the influence of alcohol at the time of the assault to come forward without fear of punishment. This message suggests that anyone who may have violated rules is still able to come forward and seek help and support.

The policy also seeks to clarify the definition of consent. This clause states that just because an individual has a certain reputation or sexual history does not mean they have provided consent for anything. It provides a definition of what is considered not to be consent, which is an important detail to include.

These were two, among numerous other changes and creations, made to Policy 131. Other changes made to the policy included clarifying anonymous third party reporting and alternative dispute processes, all of which are clearly written out in the policy.

Following the discussion of the policy itself, the room was able to ask questions and provide feedback and concerns. A notable concern was one addressing whether an individual who is no longer attending UBC or may not be a part of the campus is still capable of being investigated. The simple answer was that the individual must be a member of the community to determine any outcome, and it is extremely difficult to investigate anyone who is not considered a community member.

However, for the most part, the update to the policy was seemingly met with a positive response from many of the individuals in attendance.