The Academy doesn’t allow ties, but we do... 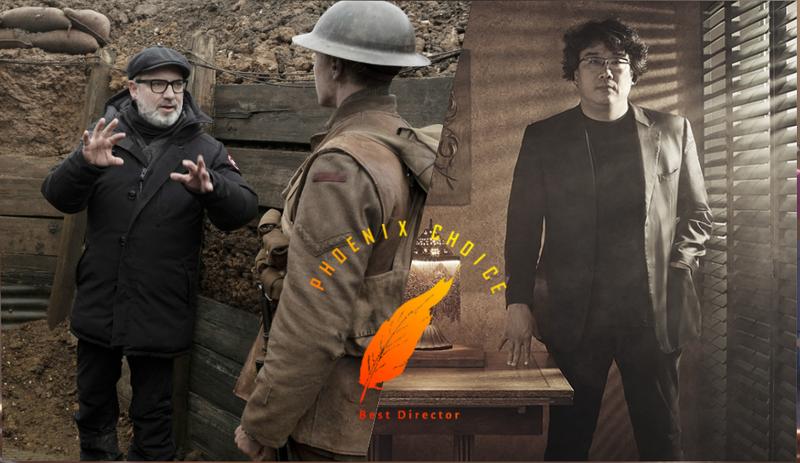 Though they are very different films, helmed by directors with very different strengths, Parasite and 1917 are both testaments to the possibilities movies can offer.

Parasite is a masterpiece of storytelling. Bong Joon-ho’s social satire not only tells an ultimately heavy story but does so with enough levity to be thoroughly entertaining. Bong draws gripping performances from each of his actors, communicating the gravity of his characters’ situations, while also keeping the audience laughing. As a story about a socially bankrupt family infiltrating the lives and home of a rich businessman’s family, Parasite includes stark depictions of serious topics. But Bong’s comedic timing enhances the film, keeping audiences engaged with its message.
Parasite also sees Bong juggling several genres. Where the movie may be farcical in one scene, the next could switch to outright horror. Sometimes, Parasite even switches genres mid-scene. One sequence has the patriarch of the poor family attempting to subtly convince his employer to fire his maid through serious conversation – while intercut scenes show him practicing the entire exchange at home with his son the night before.

Meanwhile, 1917 is a technical achievement unlike any other film nominated this year. Shot to look like a single take, 1917 is stunningly realized through a mix of skillful production, editing, and camerawork. Sam Mendes’ use of long takes, and employment of several hundred extras pays off, resulting in a war movie that feels simultaneously epic and personal in scale.

The story of 1917 is more spread out than Parasite, exploring the personalities and relationships of its character through dialogue that is slower-paced and more introspective. A small cast – including only two main characters – creates a more intimate story, bolstered by the excellent performances Mendes pushes his actors to give.

Overall, 1917 is a technical marvel with a simple, effective story. Parasite’s story is more complex and the directing less technical, but both are equally effective. Without question, Mendes and Bong are the best directors nominated this year. But unfortunately, the Oscar can only go to one of them. 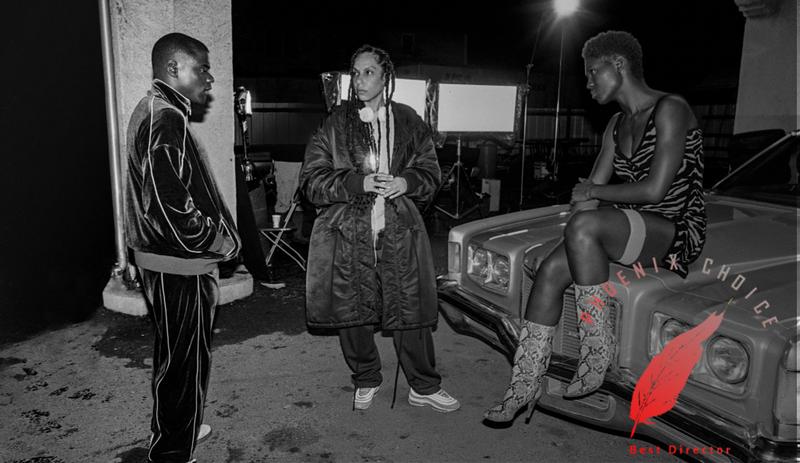 After a disastrously dull Tinder date, Queen (Jodie Turner-Smith) and Slim (Daniel Kaluuya) are pulled over by a policeman for failing to signal a turn. Despite the miniscule offense, the situation escalates quickly, culminating in the policeman’s death after the officer attacks Queen. Without hesitation, the two embark on a cross-country road-trip to escape the law and find their freedom, inadvertently becoming a symbol against police brutality along the way.

Queen & Slim is many things. It’s a biting depiction of police brutality and racial tension in 2019’s America. It’s also a thrilling road movie with diverse, stressful locations. Finally, Queen & Slim is a story about a relationship between two people who never could have ended up together if fate hadn’t willed it.
Diverse and challenging, screenwriter Lena Waithe’s brilliant screenplay is passionately put to film by director Melina Matsoukas. Matsoukas skillfully juggles genres and emotional beats with Queen & Slim, sending a strong message without sacrificing great storytelling. Some scenes, such as the opening, read like a romantic drama. Others evoke Get Out-style horror, such as a tense interaction between Queen and an off-duty Kentucky sheriff. Tone can vary wildly between scenes, but the shift is never jarring. In one scene, the couple arrives at a safehouse and has a serious, but civil conversation with an older white couple; only minutes later, a SWAT team storms into the house, and the scene’s imagery more closely resembles a WWII drama as Queen and Slim are forced to hide beneath floorboards to escape the law.

Matsoukas also has no trouble getting powerful performances from her lead actors. Turner-Smith and Kaluuya have remarkable on-screen chemistry, and their characters’ relationship grows realistically, organically, and impactfully. Queen starts out the film as a heavily introverted atheist, but with a strong will and sense of justice. Slim, on the other hand, is devout and extroverted, but unassertive. Through smartly written dialogue and Matsoukas’ guiding hand, the two bond throughout the movie, with each taking on the best traits of the other. A pivotal moment sees Slim insist that the couple pose for a photo, despite establishing early on that he’s not a sentimental person.
Queen gets a similar moment of character growth, as well, leading a prayer before dinner near the end of the film.

Though this is her debut film, Matsoukas has a history in music video direction, including several videos for Beyoncé. Her background serves her well in Queen & Slim, which is delightful to look at. Matsoukas excels with a dynamic camera, with many of the film’s most enticing shots being only seconds long, but from unusual angles For example, during one stop on the leads’ road trip, the camera is mounted on the inside of the car door to capture a few seconds of movement as the door is slammed shut or opened.

Wide shots are plentiful and well-composed, capturing beautiful scenery from the American South. Here as well, Matsoukas gets creative, including multiple scenes that portray time-lapses as a series of jump cuts synced to music playing on the car stereo.

In everything from screenplay to acting, Queen & Slim is a strong movie. But in the end it’s Matsoukas who ties it all together, creating a signature style ideal for the societal conflict the movie lays bare.