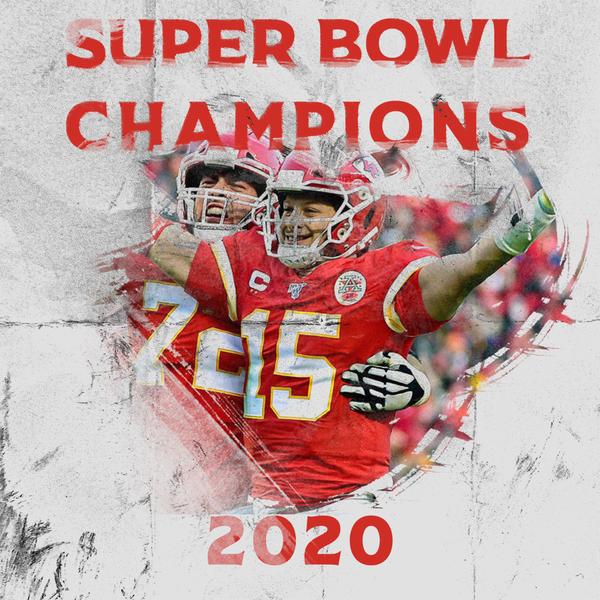 The Super Bowl LIV is finished, and a new champion has been crowned. On Sunday, February 2, 2020, the Kansas City Chiefs defeated the San Francisco 49ers with a stunning 31-20 comeback performance. It’s the first time in 50 years the Chiefs would become Super Bowl Champions, and it wasn’t without the help of quarterback Patrick Mahomes.

Mahomes who was named Super Bowl MVP, played a critical role in helping the Chiefs make a beautiful comeback in the fourth quarter. Mahomes, 24, probably didn’t know he had it in him, or maybe like all great players he didn’t doubt himself at all. What is important is that he played the most crucial game of his career. Mahomes could have easily collapsed under the immense pressure of being down 20-10, but clearly he and the Chiefs weren’t ready to give up. The Chiefs showed great resilience and would go on to score 21 points in a matter of four minutes and 57 seconds, taking home the Vince Lombardi Trophy and all the glory to go along with it.

The 49ers seemed in disbelief as they watched the Super Bowl championship slip into oblivion before their eyes. The Chiefs relentlessly overcame the 49ers’ defence and would go on to finish the fourth quarter like something from a dream. Confetti filled the stadium and Chiefs fans giant smiles could be seen from outer space. The crowds were screaming and the Chiefs players and staff were overwhelmed with joy as another Super Bowl came to a dramatic end. Mahomes has now become a type of folklore legend. While the 49ers still don’t know exactly what happened at the Hard Rock Stadium in Miami Gardens, Florida, it is clear that the Chiefs became the Super Bowl LIV 2020 Champions.