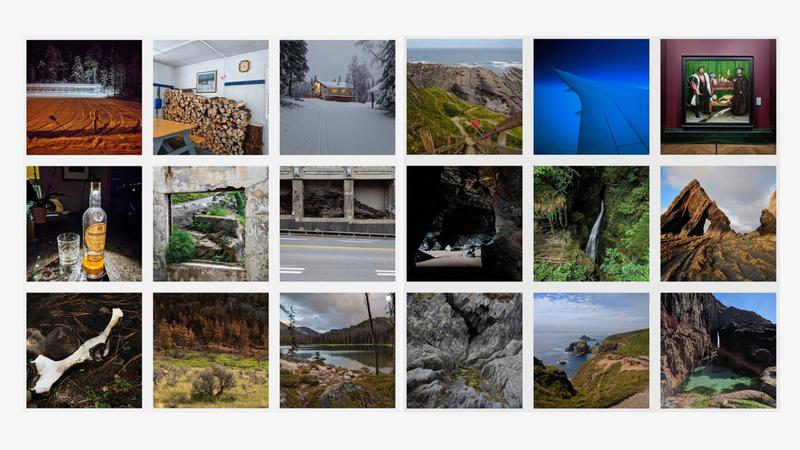 In this volume of UBCO Artist Spotlight, we sit down with photographer and Faculty of Creative and Critical Studies lecturer Andreas Rutkauskas.

Rutkauskas currently teaches photography courses in the Bachelor of Fine Arts program at UBC Okanagan. Born in Winnipeg, Rutkauskas completed his BFA at the University of Manitoba, followed by an MFA at Concordia University, with a specialization in photography. After teaching at Concordia University for seven years, he moved to Western Canada. At the Banff Centre for Arts and Creativity, Rutkauskas acted as the photography facilitator before moving to Kelowna to teach at UBC Okanagan. Rutkauskas credits the landscape for his main motivation of moving out west: “I always had a preoccupation for Western Canada and the mountains.”

Rutkauskas calls photography his primary mode of expression, in addition to associated media such as video and printmaking. His journey with photography starts at a young age. With his father being a hobbyist photographer, Rutkauskas grew up with a fully functioning black and white darkroom in his childhood home. He also cites a photography assignment in a grade 11 chemistry class as the initial spark: “… this was the tipping point; this was when I realized that I had a penchant for photography… I proved to myself that it was something that I was interested in pursuing.”

The work that Rutkauskas currently makes is self-described as “primarily based in landscape that employs a documentary aesthetic.” The effects of technology on the landscape is a motif that Rutkauskas explores often, as evidenced by two projects, Borderline and After the Fire.

Borderline is described as “a three-year project along the Canada-US border, photographing every significant idiosyncratic site, places where roads used to freely cross, infrastructure, architectural anomalies that were built right on the line. In that case, architecture is the technology, but also the surveillance technologies which are sometimes included in the photographs.”

After the Fire is a more recent project, which explores fire as the technology that affects the landscape: “here on the unceded territory of the Syilx, indigenous peoples were using fire to rejuvenate berry crops and to drive game and to restore the landscape… and then with settler colonialism, we have industry and developments that are now threatened by wildfire. So, we need to employ other technologies including chemical retardant to manage fire in a very different way than it would have traditionally been managed on the landscape.”

More of Rutkauskas’ work can be found on his website. He is also part of a group exhibition at the Canadian War Museum in Ottawa, which runs from February 13 tp May 18, 2020.