Canada loses a close battle with the United States. 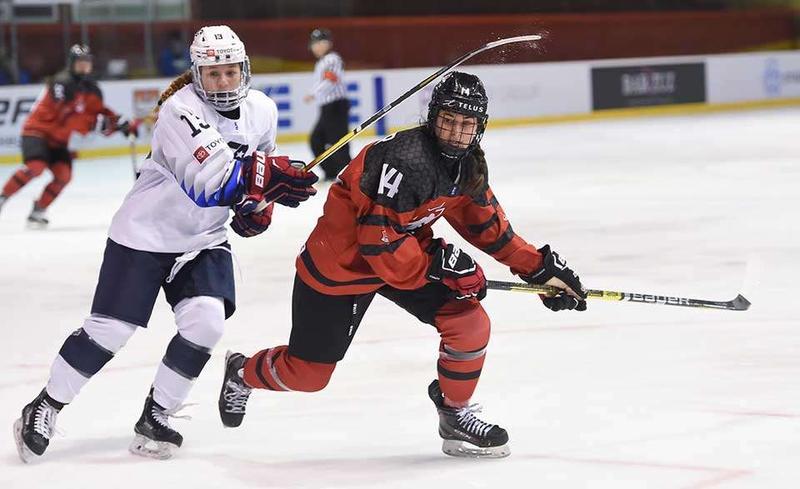 The Canadian women’s U-18 Junior team earned themselves a silver medal on January 3 against the United States in Bratislava, Slovakia. It was an all too familiar scene as Canada and the United States played again for the twelfth time in the last thirteen years. The game was a toe-to-toe clash with little mistakes that led the outcome to be settled in overtime. The lone Canadian goal was scored by West Kelowna native Sarah Paul who scored on a timely third-period power play and cashed in to help bring Canada into overtime.

The American goalie Skylar Vetter stood on her head as she stopped chance after chance of the Canadians onslaught. Both Vetter and Canadas goalie Eve Gascon were the game’s most valuable players. Canada had many chances to end the game, but scoring doesn’t always come easy when gold is on the line. Finally, in the late minutes of overtime, Canada tossed up a turnover at the blue line leaving Gascon out to dry on a 2 on 0. the Americans made no mistake to capitalize and win. It was a sad way to end, but at least the team came home with some hardware.

Canada, who won the gold last year, would not repeat their victory, leaving the States as the new champions. If history is deemed to repeat itself, we should expect a rematch of these two teams next season, hopefully with some different results.