Despite a snub for the year’s Best Original Song, an impactful pop song is up for the Academy’s most prestigious music award. 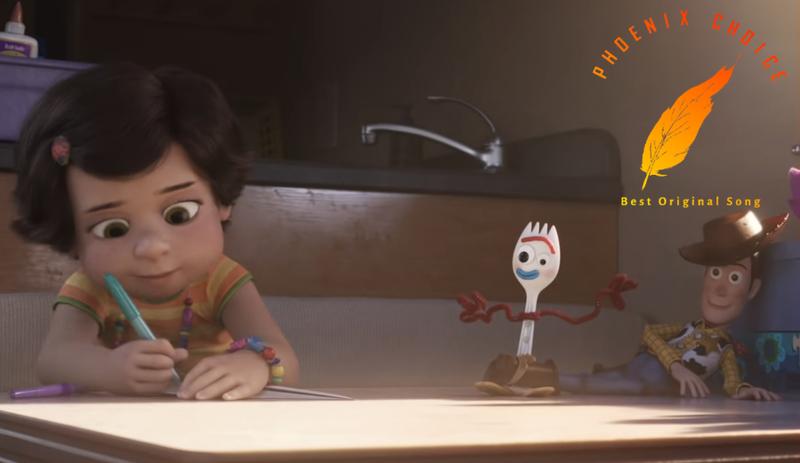 Who Should Win: “I Can’t Let You Throw Yourself Away” written by Randy Newman – Toy Story 4

The main conflict of Toy Story 4 concerns a suicidal spork named Forky (Tony Hale), and his budding friendship with the aging and forgotten toys Sheriff Woody (Tom Hanks) and Little Bo-Peep (Annie Potts). By nature, Forky is literally trash, while Woody and Bo-Peep, as forgotten toys, are figuratively trash. But while Forky is pessimistic, cursing his existence, Woody and Bo-Peep believe in a purpose for all toys, even the lost ones. As the three bond, the film explores lofty themes such as putting the past behind you, coming to terms with aging, and (to some extent) whether there’s a life after death.

Early on, Forky sets his eyes on the garbage bin and spends the first half of the film unwaveringly trying to get in. He is repeatedly “saved” by Woody, who refuses to let his new friend – whom he sees as equal to any other toy – throw himself away.

This culminates in an entertaining montage set to Randy Newman’s song “I Can’t Let You Throw Yourself Away”. Newman’s song narrates Woody’s thoughts with lyrics like “Don’t you wanna see the sun come up each morning?” and “Don’t you wanna see that girl who loves you so?/Her heart would break if you should go”. Woody cannot understand why a toy would want anything other than to make a child happy, and fundamentally disagrees with Forky’s determination that he is trash. Fittingly, the song’s lyrics are a lecture on the meaning of life from the perspective of a single-minded individual incapable of seeing a less optimistic point of view.

Though the bulk of Newman’s song consists of the title lyric “I can’t let you throw yourself away”, it succinctly summarizes Woody’s thought process at this point in the film, and even manages to portray some character growth. The final verse includes the lines “Come tomorrow, you’re gonna have to save yourself/Got nothin’ more to say, you’re not listening anyway.” This line illustrates Woody’s frustration. It’s also self-reflective, ironically drawing attention to the fact that Woody’s lack of empathy for Forky comes from his refusal to listen or see the spork’s point of view.

Most importantly for the Academy, “I Can’t Let You Throw Yourself Away” is a really catchy pop song that makes use of Newman’s signature vocal style as well as a gospel choir. Most importantly for our review team, Newman’s Best Original Song nominee is a surprisingly nuanced character piece that plays during a pivotal scene of the movie. 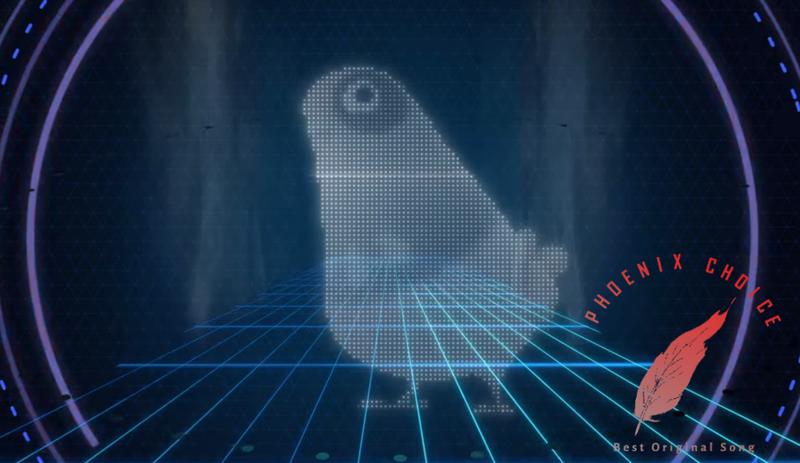 Who Got Snubbed: “Freak of Nature” written by Mark Ronson & Dodgr – Spies in Disguise

Spies in Disguise, the animated Will Smith/Tom Holland vehicle from the makers of Ice Age knows the importance of a good opening title sequence well. For Spies, Blue Sky landed Mark Ronson to write the opening titles, and the result can easily stand alongside any recent Bond song.

“Freak of Nature” features a funky, reserved bassline during its verses before launching into a down-tempo big-band chorus reminiscent of a less bombastic take on The Incredibles or Daniel Pemberton’s score for The Man from U.N.C.L.E. Vocals are provided by Detroit hip-hop artist Dodgr, whose subdued delivery suits not only the song, but introduces some of the movie’s themes and ideas. Most notably, the song is sung from a particularly egotistical perspective. With lines like “Gonna kiss that sky/when you ride with me”, and “Call me if you wanna get freaky love”, Dodgr’s lyrics are mostly concerned with listing off positives about the narrator. At the same time, lines like “I’ll be there when you call me” and “Real g’s fly high” keep the narrator from coming across like a lone wolf. Spies is the story of a self-centred super-spy (Will Smith), who has to learn to get along with a shy techie (Tom Holland) after both end up on the run from Smith’s espionage agency. The main theme of Spies is friendship and learning to overlook people’s flaws, and “Freak of Nature” addresses this while still sounding like a smug braggart, as is appropriate at the start of the film. Also, the song features a repeated soundbite of Dodgr making pigeon sounds – an on-the-nose but clever touch for a movie about a spy who turns into a pigeon.

Opening titles are the audience’s first impression of a movie. A good song can elevate the titles to greatness and set a film on track for the same. Spies has a great opening song, and while the film is ultimately not as strong as some of this year’s Animated Feature contenders, “Freak of Nature” can stand alongside even the most iconic Bond themes. 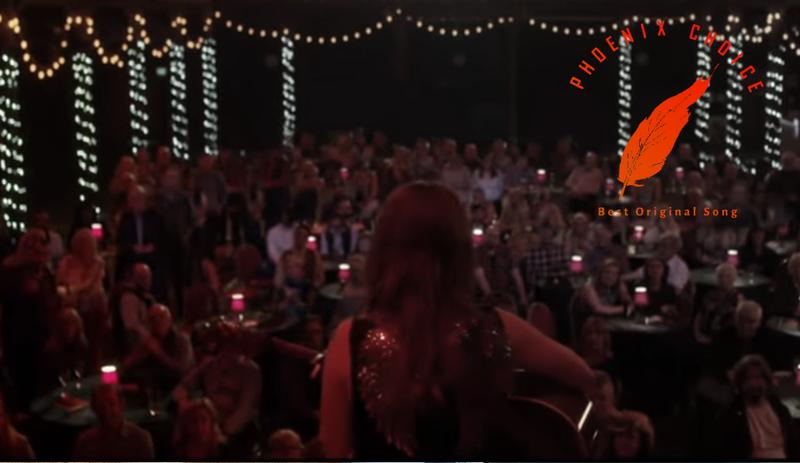 In Wild Rose, Jessie Buckley plays Rose-Lynn Harlan, a bar singer at Glasgow’s Grand Ole Opry with dreams of making it in Nashville. Harlan must juggle her ambitious goals with a demanding family life: she is a single mother with little help aside from her own busy mother, and her status as a convicted felon hurts her employability. Luckily for her, she lands a job as a maid for an upper-class family, of which the matriarch (Sophie Okonedo) wants nothing more than for Harlan to succeed.

Wild Rose is a story about perseverance, overcoming the past, and knowing how far to go when chasing one’s dreams. As Harlan struggles to get to Nashville, we see a woman determined to make it in music, even at the expense of everything else; when she finally makes it, both Harlan and the audience are left to wonder whether it was worth it.

In the final scene of the movie, Harlan performs the film’s main song, and our pick for this year’s Best Original Song Oscar. “Glasgow (No Place Like Home)” is a loving ode to the Scottish city that embodies all the movie’s themes and does so in a great pop-country song. Lyrics like “Shoebox of dreams hiding under my bed” and “I had to leave to realize all I needed was here” feel right at home in a Nashville country song. While not exactly comprised of novel statements, in the context of Wild Rose, the lyrics represent a major milestone for Harlan. “Glasgow” is essentially a summary of Harlan’s character arc and the themes of the movie, as well as a bankable movie single.

In short, “Glasgow” is Wild Rose. Specifically for film, it’s exactly why this award for the best original song written was created.