A strong year for soundtracks. 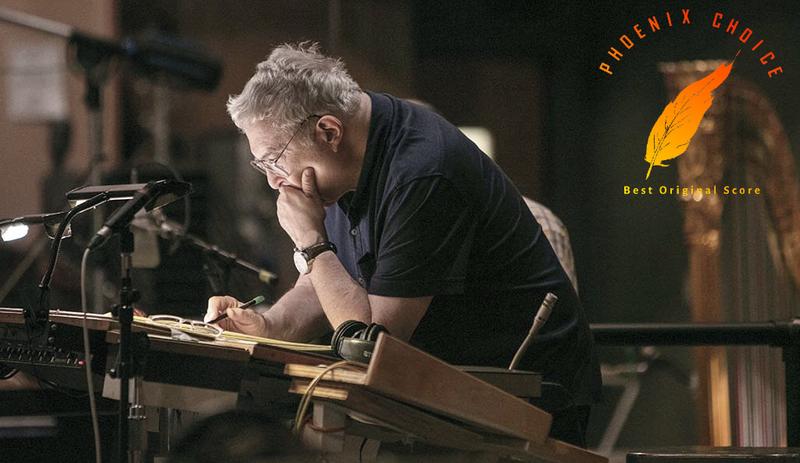 Noah Baumbach’s Netflix original Marriage Story has been hailed as one of the best movies of 2019 and is a favourite to win in several categories of this year’s Oscars. It wouldn’t be a surprise to see Adam Driver, Scarlett Johannsen, Laura Dern, Noah Baumbach, or any combination of the four walk away with awards this year. Someone else you should hope to see come away with a statuette is legendary composer Randy Newman.

Randy Newman is best-known for his work on the Toy Story soundtracks – he’s actually nominated for Best Original Song for Toy Story 4 as well. Toy Story movies have a distinctive musical identity: any millennial will recognize “You’ve Got a Friend In Me” almost immediately, even if they don’t remember the name. Newman was a charting pop singer from the early 70’s onwards, and his pop sensibilities and recognizable style shine through in his movie scores, from Pleasantville to Monsters Inc.

With Marriage Story, however, Newman tries something new, departing almost entirely from his signature style. Instead of gruff, bouncy pop tunes, Marriage Story features a more classical approach, with a proper overture and coda, and character-specific leitmotifs. Marriage Story’s score lets you know at every moment what the characters are feeling, thinking, and how to interpret the events on screen. Newman emphasizes the story and performances in a way that only the best film composers can. It’s a perfect fit for a story with two character-driven, competing plotlines.

Newman’s music has been enormously influential in setting the tone and building the world of dozens of movies. Despite being one of the most recognizable names in film composition – standing alongside the likes of John Williams, Hans Zimmer, and Danny Elfman – Newman has yet to win an Oscar for Best Original Score. With Marriage Story, Newman’s outdone himself, delivering one of his best scores to date, and hopefully the one that lets him take home the award.

Who Got Snubbed: Radwimps – Weathering with You

Weathering with You, the latest film from anime superstar director Makoto Shinkai, is already breaking critical barriers, despite having yet to be released in several parts of the world. As of the time of writing, the film sits at 100% fresh on Rotten Tomatoes; it’s already won Best Animated Feature at the Asia Pacific Screen Awards; and the soundtrack has been in Japan’s Billboard charts for a solid 5 months. Most notably, Weathering is the first anime film to be submitted as Japan’s entry for Best International Feature at the Oscars since 1997’s Princess Mononoke. Unfortunately, Shinkai’s latest movie was overlooked not only for that award, but also for Best Animated Feature.

Without a doubt, Weathering is among 2019’s best animated films. Weathering tells the story of a teenage boy who runs away from home to try and find work in Tokyo, despite being unemployable as a minor. While he’s there, he meets a girl who can control the weather – a particularly useful skill, since they meet after 2 solid months of daily rain. What follows is an emotionally gripping story of young love, with a supernatural twist. While it’s not impossible to read social commentary and warnings of climate change from the film, Weathering is first and foremost a sweet love story, and doesn’t really shy away from that. Rock band Radwimps, who also scored Shinkai’s last film Your Name, lean into this as well, giving Weathering a moving soundtrack that tugs at the audience’s heartstrings and sticks around for a while after the film ends.

Though it’s composed primarily of piano-led pop ballads, Radwimps’ score hits a range of emotions, from melancholy to optimistic. Backed by a string section, and even a full orchestra where appropriate, Radwimps maintain a high level of energy even in the slower songs. The music not only nails the tone and accentuates the emotional impact of several key scenes, it also energizes the movie, keeping the audience on the edge of their seats in constant anticipation of something big. The result is that even small payoffs become immensely satisfying, with the final shot of the movie owing much of its effectiveness to the accompanying crescendo.

The Academy is famously dismissive of anime, rarely nominating Japanese films in the Best Animated Feature category. An anime nomination outside of that category is to date unheard-of. That said, Weathering with You could easily stand alongside other Score nominees this year, and even though the Academy didn’t allow it to, you should give lend it your ear.