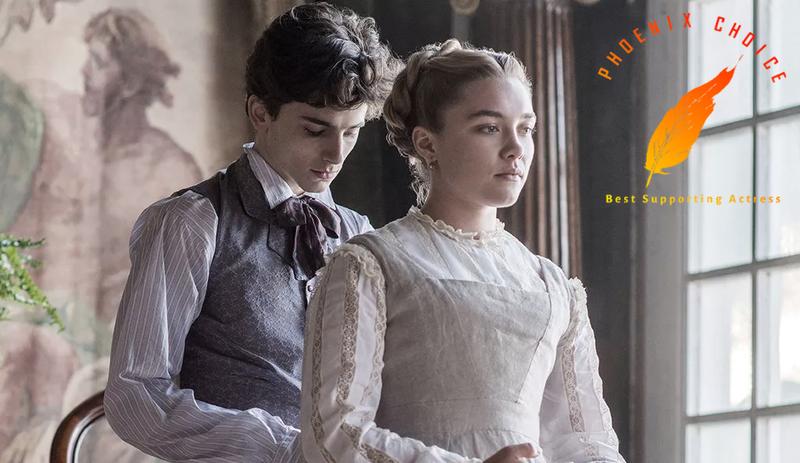 Amy, a talented artist in her own right, is consumed by jealousy early on when a local boy, Laurie (Timothée Chalamet), falls in love with her sister. As time progresses, Laurie eventually succumbs to Amy’s charms, but is unable to keep her from feeling like a second-choice partner.

Although the audience is left to wonder why Amy is a second-choice. Through the film, while Amy is younger than Jo, she is shown to be livelier, more outgoing, similarly talented, and more decisive. Amy approaches every situation with enthusiasm, motivation, and a clear goal in mind. Ultimately, she’s a determined character, and a perfect foil to the indecisive, unmotivated, detached Jo.

More than a foil, Amy begins the movie nearly as a villain. An early scene shows Amy burning Jo’s notes, kickstarting a long period of writer’s block that lasts into adulthood. Several years later, Amy is shown as cold and chastising to Laurie, whose portrayal early on is that of a sweet, nearly flawless young man.

As the movie progresses, it shows more of Amy’s side of the story, eventually nearly side-lining Jo. In her place, we see Amy grow into a stronger character with pronounced thoughts on society, art, and her own place in the world. Amy is a woman with grander ambitions, more drive, and a bigger personality than Jo, who nevertheless is seen by the characters around her as somehow less than her sister. While those around her might underestimate Amy, Pugh’s performance can’t be understated, and her scenes are easily the most exciting in the movie.

Pugh exploded into Hollywood this year, starring in Fighting With My Family and Midsommar. While Pugh impressed in 2019 with two lead roles, her one supporting role might net her the film industry’s highest honour. 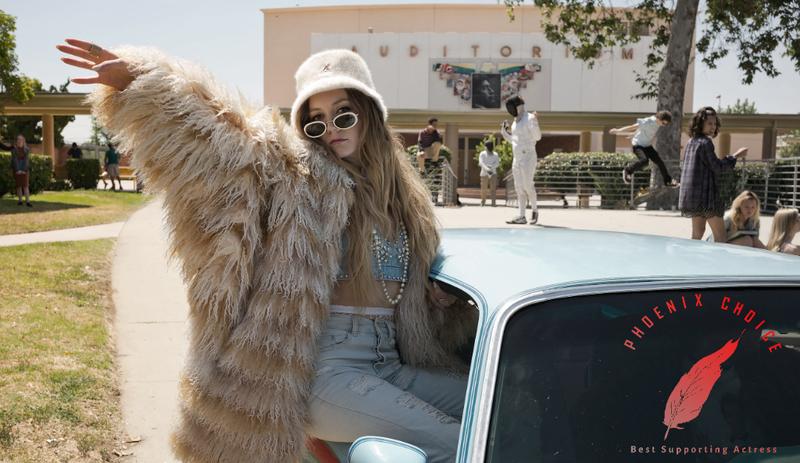 Who Got Snubbed: Billie Lourd – Booksmart

Olivia Wilde’s teen comedy Booksmart is Superbad for a new generation. Far from being a rehash, however, Booksmart treats all its characters – even the minor ones – with the utmost respect. Among these, the standout is Gigi (Billie Lourd), a dangerously eccentric senior with an addiction to attention and penchant for being in the right place at the weirdest time.

Booksmart is a movie about friendship and acceptance, and Lourd’s character embodies this theme perfectly, all while maintaining the comical nature of the movie. Gigi’s introduction paints her as a boilerplate popular girl as she rides into school atop her rich friend’s hot rod. Later interactions with the main characters begin to show Gigi’s quirks, as she randomly and unceremoniously appears at every party they visit throughout the night. One notable scene sees Gigi jump off a yacht after thinking she’s been caught with drugs (which she never had in the first place), only for her to reappear minutes later at a new venue across town, completely dry and acting as if she’d been there the whole night.

Gigi is a character with only one friend and a confusing personality. Initially, she seems easy to write off as a one-scene joke character. However, not only does Lourd’s character return; she ends up as a guide for the main characters, encountering and escorting them through multiple house parties, always managing to impart some bizarre wisdom upon them before they leave.

Gigi is a larger-than-life character who steals every scene she’s in as she single-mindedly chases a series of absurd, seemingly random goals. At the same time, Lourd infuses Gigi with a subtle sadness, creating a character who is both impossible to ignore, and brutally lonely. Most importantly, she’s incredibly entertaining and a huge delight to watch.

Billie Lourd is best known as Carrie Fisher’s daughter, and a guest character in the latest Star Wars movies. Booksmart – only her second film role outside of Star Wars – shows that she’s more than a name-drop, as Lourd plays one of 2019’s most memorable characters. While it’s a shame she received no awards nods for the role, it’s exciting to think about what she might do next.