A lucky win for Team Canada due to puck luck and a favourable referee call. 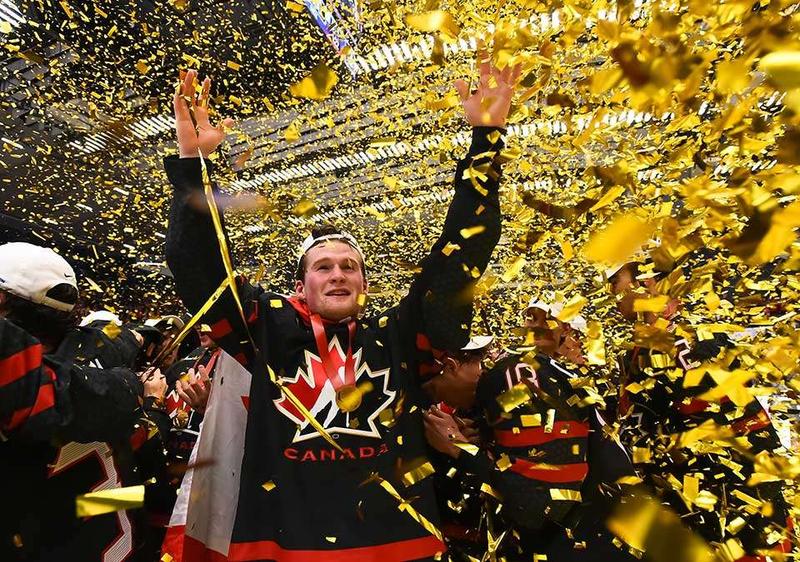 It was a classic clash of the titans at the World Juniors U-18 Championships when Canada and Russia re-matched for the Gold medal hockey game hosted in the Czech Republic. The championship was held from December 26 to January 5 and there was an abundance of NHL prospects and unsung heroes that filled the tournament.

Canada is not new to gold-medal games, especially to team Russia who bested them in an embarrassing 6-0 win in the Saturday preliminary rounds. The rematch in the finals was nothing less than exhilarating as some questionable calls by the refs on both sides of the ice were called. In a somewhat dramatic end, Canada edged out Russia with a 4-3 win, a game that looked like the Russians deserved to win, if being completely honest. Canada was outplayed — but, with some puck luck and a favourable call on what should have been a delay a game penalty being overturned, Canada was able to gain momentum.

Emotions began to rise and undisciplined penalties caused the Russians to be short-handed in the last minutes of the game. Canada made no mistake on the man advantage and played it safe while clinching their 18th gold medal in the history of the 44 championship games held by the International Ice Hockey Federation League (IIHF). Team Russia, for the second year in a row, took home silver leaving players on the team devastated by the results.

Akil Thomas scored the final goal of the game for Canada and was an unexpected hero in the win over the Russians. Thomas is a Toronto Ontario native and plays for the Niagara Ice Dogs in the OHL, He was selected 51st overall in the 2018 draft by Los Angles Kings and will forever be the hero of the 2020 World Junior Championship.