A comprehensive list of Christmas albums that you probably won’t hear at Starbucks. 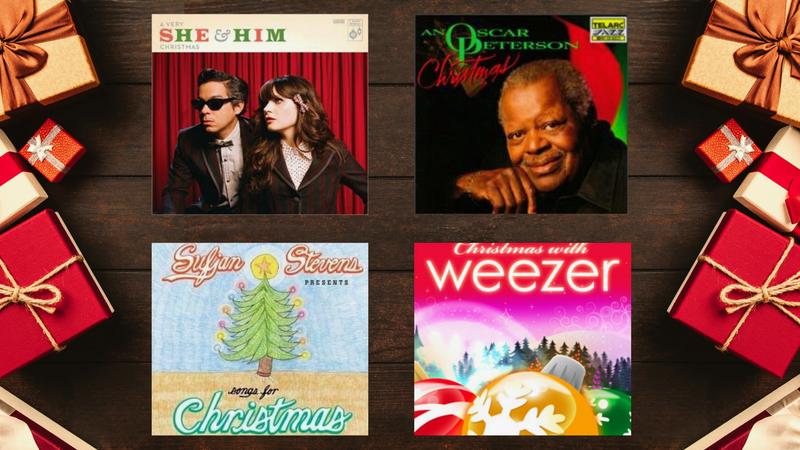 Everyone knows Merry Christmas by Mariah Carey and Christmas by Michael Bublé. Every year, like clockwork, these albums are played on repeat by all shopping malls and cafes around the world after mid-November. But just in case you’re looking for something different, here’s a list of some lesser-known and underrated Christmas albums.

She & Him is an indie/folk duo consisting of actress/musician Zooey Deschanel and Matthew Ward. The duo has been making music since 2006, after they met on the set of The Go-Getter. The two only get together and collaborate when their busy schedules permit, so She & Him releases are often spread out by at least a couple years. A Very She & Him Christmas is actually their first of two holiday albums. This record, released in October 2011, is full of very simple but heartfelt holiday tunes. Both Deschanel and Ward’s vocals along with no-frills instrumentation results in a very sugary-sweet and pleasant-sounding record. Definitely give this one a spin if you haven’t already.

Oscar Peterson is a jazz piano legend in Canadian music history, immortalized in the jazz canon for his virtuoso-like playing and eclectic style. Oscar Peterson released this holiday record in 1995, about a decade before his death. The record is full of standards and classic Christmas tunes, re-imagined through the lens of one of the greatest jazz pianists of all time. Even if you’re not a jazz-listener, or have never heard of Oscar Peterson, you should give this record a listen. At the very least you’ll enjoy 14 beautifully crafted Christmas tunes. It may even turn you into a Peterson or jazz fan.

Songs for Christmas is a five-volume collection of releases in 2001, 2002, 2003, 2005 and 2006. Originally recorded by Sufjan Stevens as gifts for his friends and family, the entire collection was released to the general public as a box set in 2006. Sufjan Stevens, an icon in indie music lore, mostly covers traditional Christmas songs in these releases. However, there are some original tracks sprinkled throughout the five volumes. Most of the songs are performed in Sufjan Stevens’ signature baroque pop/indie folk style with spare instrumentation and use of banjo and guitar, but some definitely contain more complex instrumentation and production. This is far from your typical department store Christmas album, however that shouldn’t deter you from giving it a spin.

Outside of a handful of staple records, it’s hard to tell whether most releases by Weezer are a joke or not — and this one is no exception. Weezer released this holiday album in December of 2008. This short, six-track release spanning less than 13 minutes in length was originally recorded for an iOS video game. The songs were also featured in the popular Tap Tap mobile game series. Weezer covers traditional Christmas carols in Christmas with Weezer, but all tracks are performed in their signature power-pop fun-rock style. Say what you want about this record, but there’s no denying that hearing the traditional hymn O Come All Ye Faithful being blasted out with heavily distorted power chords and powerful, driving drumming is fun in its own right.