Peter A. Allard’s generosity has been betrayed by UBC. 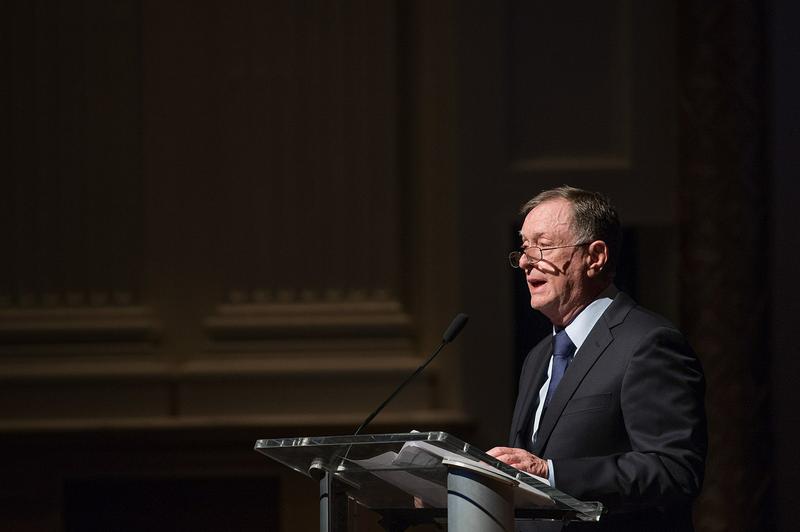 In 2014, UBC renamed its law school the Peter A. Allard School of Law in honour of a $30 million donation made by Peter A. Allard. This donation was the largest ever made to a Canadian law school, and all Allard wanted in return was for his name to appear on the law degrees earned by UBC students.

Cut to 2019 and Allard is taking UBC to court claiming that the university did not stand up to its side of the agreement. Allard insists that not all law degrees handed out by UBC have made reference to his name, something which he believes violates the agreement of the $30 million donation. So what’s going on?

UBC does, in fact, refer to Allard on all the Juris Doctor degree certificates handed out by the Peter A. Allard School of Law. What UBC does not do is refer to Allard on Master’s and PhD’s of law. The explanation for this is that the Peter A. Allard School of Law does not grant Master and PhD degrees, the Faculty of Graduate and Postdoctoral Studies does — a detail that does not sit well with Dr. Allard.

While an arbitrator dismissed Allard’s claims that UBC was not in accordance with the 2014 agreement, Allard has decided to take his grievance to the B.C Supreme Court in hopes of getting the arbitrator’s decision overturned.

I hate to say it, but I agree with Mr. Allard.

How dare UBC not rearrange their institution to better serve Allard’s ego? Can they really expect him to have investigated the actual functions of the facility he was donating to? Of course, it is not enough to have his name on just the law school. People must know that it is he who has made their dreams of all studies of law at UBC possible, regardless of faculty. Personally, I think UBC should be ashamed of the way they are treating such a rich, generous man. Allard clearly made his $30 million donation out of the goodness of his heart and for that, he should be rewarded in any way he deems fit.

Let it be known that I declare my support for Peter A. Allard. And in doing so, I make the commitment that my first-born child, as well as all subsequent children, shall be named Peter A. Allard-Lammerding.

(Note: To those who know Dr. Allard, please inform him that the best way to get in touch with me is through The Phoenix. They will be able to give him the address of where he can send my $30 million donation.)

In times like these, we need to support our 1%. Right now, they are being targeted by a woke society who insists on the elimination of the ultrarich. I mean, they are being asked to pay their fair share in taxes for goodness sake. Do you realize how worrisome that must be for them as they drink $1000 bottles of champagne in their multimillion-dollar ocean-front Vancouver apartments?

UBC better change their tune immediately. We clearly need the continued privatization of our education.