Zunzi’s work provokes amidst chaos and tumult in Hong Kong. 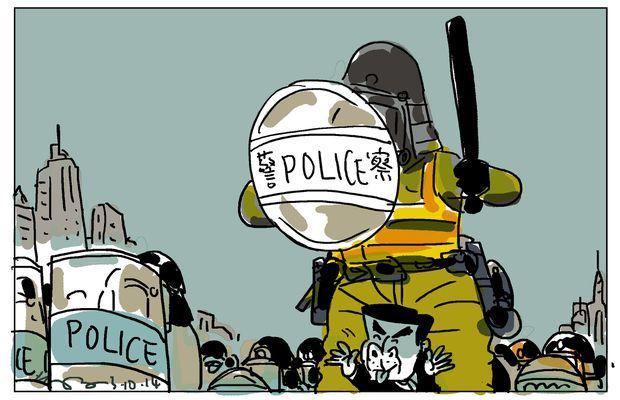 Wong Kei-Kwan, also known by his artist pseudonym Zunzi, is a political cartoonist from Hong Kong. Zunzi, a fine arts graduate from the Chinese University of Hong Kong, has been creating political cartoons since the mid-1980s. His work often explores Chinese and Hong Kong politics through satire and hyperbole. Zunzi’s work has covered significant moments in Chinese and Hong Kong history such as the 1989 Tiananmen Square Massacre, the 1997 British handover of Hong Kong, and the 2014 Umbrella Movement.

As of November 2019, it is estimated that close to 5000 protestors have been arrested, over 2000 have been injured, and a handful have been killed. The Hong Kong protests, still on-going, are a direct result of the introduction of the Fugitive Offenders amendment bill by the Hong Kong government. In short, this bill would allow the Hong Kong government to extradite fugitives to regions including Taiwan and China. The concern among protestors for this bill is that Hong Kong residents would now be subject to the Chinese judicial system. This move would severely weaken Hong Kong’s self-governance and strengthen China’s authority over the region. Tensions have escalated dramatically in Hong Kong over the past few months, with numerous reported cases of extreme use of force by law enforcement and police brutality. 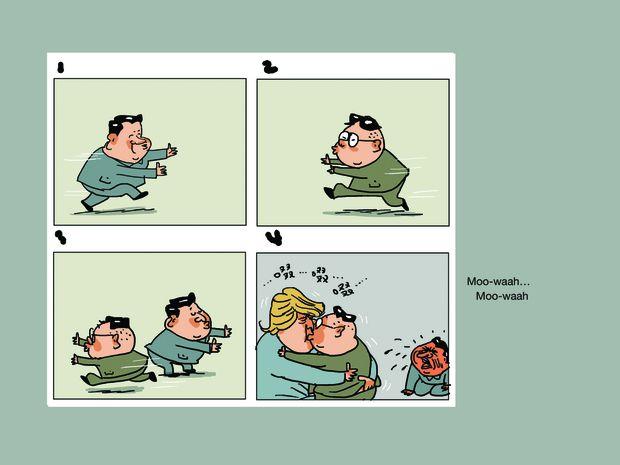 Amidst the current chaos and tumult in Hong Kong, Zunzi’s work continues to provoke discussion on the ongoing political conflict. Despite it being a dangerous time to be a political cartoonist in the region, Zunzi continues to cover the events of the protests. In an interview with CBC, he said “I think a cartoonist can act as a historian in a way… [My] hope is that my cartoon can be used as a reference, telling the true story of what has happened in Hong Kong.”

There is no denying that political cartoons and print news is not what it used to be. The vast majority of news is now consumed via the Internet. Additionally, the news is suffering from more and more censorship every year. Despite this, Zunzi still provides his works for newspapers and has strong opinions on the Internet as a news source. He told CBC News that “There are less and less newspapers willing to carry the political cartoon. It's difficult for a young cartoonist to come out and voice their opinion, so they choose to use the Internet. But on the Internet, they're limited to a different kind of audience.” He did add that the newspapers he currently works for give him total creative freedom over his cartoons: “So they are quite tolerant with my work I guess”. Zunzi’s material, along with most political cartoonists, is usually ripe with humour and sarcasm, but with the escalating brutality of the situation in Hong Kong, he finds it more and more difficult to inject humour into his work. He told CBC News: “For us cartoonists, we're always making fun of things. But in this situation, I really can't think of anything that is laughable”.

There is no doubt that political cartoons and print news are not what they used to be. The Internet has radically revolutionized news content and consumption. Cartoonists like Zunzi are still pushing the medium forward and doing it during some of the world’s most significant moments, like the current protests in Hong Kong.