The current political environment is an unwelcoming space for women. 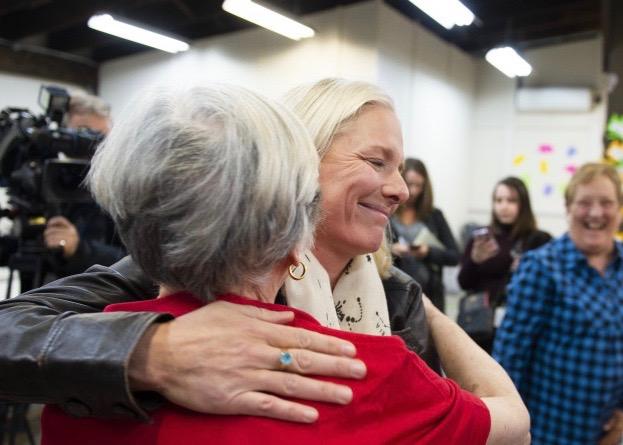 After the recent federal election, Liberal MP Catherine McKenna’s Ottawa Centre campaign office was vandalized with a misogynistic slur written across a poster of her face: “CUNT.”

“That someone would do this—I don’t even have words to describe what kind of person would do this. It’s the same as the trolls on Twitter. It needs to stop,” McKenna commented. This statement rings true as women are increasingly becoming marks for targeted, sexist, vile attacks that go far beyond politics.

McKenna is not new to gendered abuse. In 2017, former Saskatchewan Conservative MP Gerry Ritz insultingly referred to the Minister of the Environment as “Climate Barbie.” Using the term ‘Barbie’ as a noun has a very pointed meaning, one which is specific to her gender. That and ‘cunt’ are terms used exclusively to demean and humiliate women.

Recently, a large number of female MPs in Britain announced they would not run in the upcoming election, many of them citing the abuse they suffer as a determining factor. The leader of the Women’s Equality Party Mandu Reid said, “Politics has become a hostile environment for women – in which we are harassed, demeaned, and threatened as a matter of course… Not only does this affect the individual women targeted, it also contributes to a culture in which women’s voices are not welcomed or respected.”

In the United States, Democratic Representative Katie Hill left office after it came to light that she had engaged in a relationship with a staffer. The story, published by the right-wing site RedState, was accompanied by an explicit photo of Hill that had been allegedly released by her estranged husband without her consent. Markedly, the photo had nothing to do with Hill’s relationship with her staffer, suggesting that its publication was specifically meant to humiliate her.

It is to be expected that politicians will be subjected to more attention and criticism than a regular individual, especially in the day of the 24-hour news cycle. But why is exposure to misogynistic attacks a condition of being a female politician?

Continually society promotes and encourages women to pursue political careers yet society does not create the equitable space for women to do so. The lives of women in politics are riddled with sexualized, demeaning and threatening acts of abuse simply because they have chosen to enter the arena of public discourse. And while society sometimes calls out this abuse and expresses displeasure in it, nothing changes. As it stands, women are privy to a more concentrated and targeted nastiness that specifically weaponizes their sex and holds them to a ridiculous double standard.

Will this change? How will it change? What needs to happen for society to take a firm stand against it?

These questions are loaded, complex and hard to answer. The abuse women suffer in politics is tied to centuries of inequality and societal constructs of gender roles, and there is no clear-cut solution. What is evident though is that there is a huge problem.

Until the world starts creating space for women to safely be involved in politics, society needs to stop saying they want women in politics. As the saying goes, “actions speak louder than words,” and it’s high time we started acting in a way that allows for the equal and safe participation of women.

Hopefully, McKenna does not feel the need to leave politics as a result of the misogynistic act of vandalism that happened at her campaign office, but if she did, it would not be surprising. Continued sexist abuse can be incredibly draining on a person and she should not be expected to put up with it simply because she is a woman working in politics. Until society makes a concentrated effort to change the culture of politics, by changing the way we speak and treat female politicians, it is likely good women will be steered away or, as what happened in Britain, altogether leave.