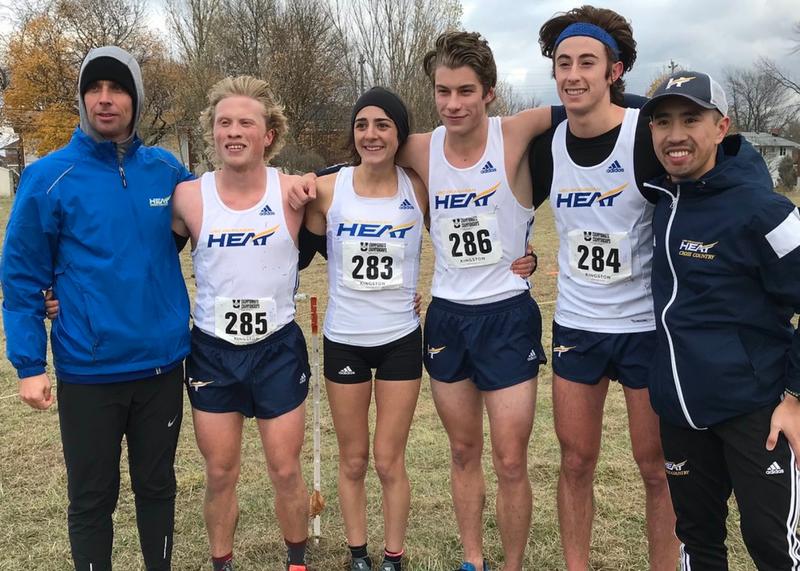 For the second time, the UBCO Heat have Hosted the TRU Wolf Pack in an 8km race that was held in Kelowna’s Quilchena Park on October 12.

The Race started at noon and the Heat wasted no time to light up the podium. Camille Galloway won with an impressive time of 30:54 and Kate Milne took home third with 34:40 for UBCO.

Winning is not anything new to Galloway who only a few weeks ago also won the cross country meet in Saskatoon.

Owen Harris placed second for UBCO among the men with a time of 27:21, falling not far behind the Wolfpack’s Calum Carrigian who finished in first place at 27:02.

The heat managed to win the team event in both the men and women divisions. This is the second time they have successfully defeated the Wolf Pack on home turf.

The Heat’s next stop will be in Calgary on October 26 at Canmore Park for the Western Conference Championships. It is the first time since the 1990s that the cross country championship will be hosted in Calgary. This is because the location of the championships is dependant on results by U Sports national meets.

If the Heat are to do well in Calgary, they may have their eye on the National Championships held November 9 in Kingston Ontario at Queen’s University. It’s interesting to consider that the National Cross Country Championship happens in November. After all, it is Canada and apparently, the average temperature around that time of year can be anywhere from cold to mild. Best of luck to the Heat in the coming weeks.