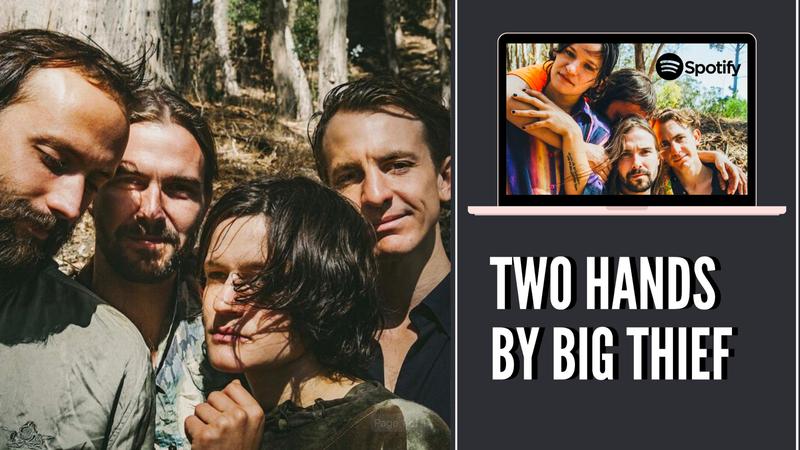 Two Hands is the fourth studio album by indie/folk roots band Big Thief. Hailing from Brooklyn, New York, Big Thief gained notoriety with their first full-length release, Masterpiece, which was released in 2016. Since their debut record, they have released three additional albums, gaining a world-wide fan base and embarking on international tours throughout the last three years. Made up of vocalist/guitarist Adrianne Lenker, backup vocalist/guitarist Buck Meek, bassist Max Oleartchik and drummer James Krivchenia, Big Thief has experienced a meteoric rise in recent years, culminating in two studio releases this year. The first studio album of 2019, U.F.O.F., was released on May 4th. A mere five months later, Big Thief has released their second album of 2019, Two Hands.

Two Hands is made up of a 10-song tracklist. Lenker’s haunting and uniquely distinctive vocal melodies combined with Meek’s simple, slightly overdriven, folk-roots style guitar lines drive forward narratives of heartbreak, struggles with mental health, nostalgia and jealousy. The opening track, Rock And Sing, is a short and somber track, a simple and stripped-down introduction to the album. The second track, Forgotten Eyes, which served as the final single before the album’s release, is an upbeat, driving, passionate number with Lenker’s vocals straining with fervor during the chorus. Things take a bit of a left turn with the title track, Two Hands, which feature bare instrumentation and the addition of spindly synth lines, which is not common with Big Thief’s previous material. The album continues with a very simple and slow ballad in Those Girls. The record’s climax comes with the first single of the album’s release, Not. Lenker’s furious vocal delivery, resentful lyrics and loud, heavy instrumentals drive the album through to the final three tracks, Wolf, Replaced and Cut My Hair, which rounds out the album to a slowing, haunting halt.