The Rising Popularity of Wexit

A look into Wexit and whether it will prove successful. 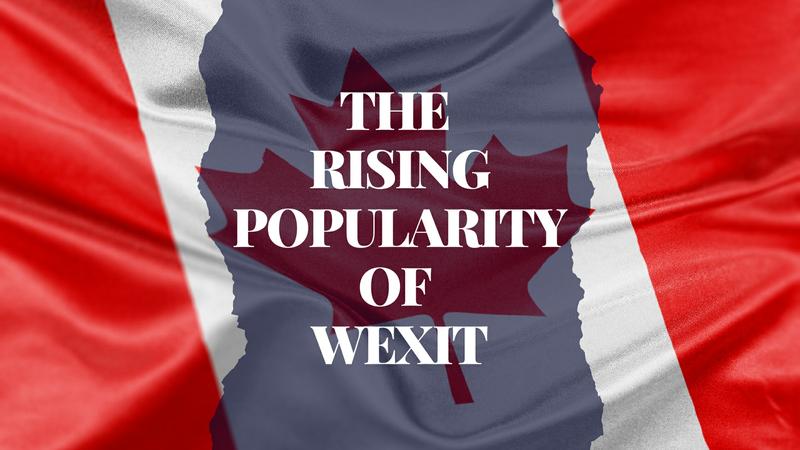 A new separatist movement is sweeping the nation, and this time it is not Quebec. This separatist movement, more commonly known as Wexit (Western Canada Exit), is advocating for the western provinces of Alberta and Saskatchewan to separate from Canada and form its own independent nations.

This separatist movement has been around for quite some time and it was first created because Albertans and Saskatchewanians were frustrated with their lack of voice in Ottawa. In short, these provinces feel neglected in a country in which other provinces have a greater say in politics.

However, this separatist movement was a mere dream until Justin Trudeau was re-elected in late-October. From that point on, Wexit gained massive popularity in a short period of time and has gained national recognition as a possible growing threat to Canada. Most of Alberta and Saskatchewan had voted conservative and they believe that the newly re-elected Liberals are going to negatively impact the western Canadian industry. Wexit wants to pursue policies that will benefit Western Canada for once, instead of taking into account only Eastern Canada.

This was supported by over 750 Albertans during a rally in Edmonton who donned “Make Alberta Great Again” hats—an obvious reference to Donald Trump’s popular slogan “make America great again.”

The big question here is whether or not Wexit is going to be successful in its attempts to separate from Canada. If the movement remains as popular as it is now, it would still take numerous years for it to separate. They will need to undertake a referendum to achieve majority votes supporting separation. So far, statistics state that only 28% of Albertans support this movement. Furthermore, Albertans have to consider the views of Indigenous people how they would honour the territorial claims they made in the past.

Furthermore, despite being a western separatist movement, Wexit does not take into consideration the opinions of British Columbians who also happen to be in the West. In fact, at the moment, it seems like many British Columbians are very much against this growing movement. This is partly because all the policies and issues that Albertans and Saskatchewanians are against are what British Columbians propose. Therefore, if Wexit wishes to pull through in separating from Canada, they will have their work cut out for them trying to convince British Columbia.

The possibility of Quebec separating from Canada has plagued the nation for decades. With the rise of this new separatist movement, Ottawa definitely has upcoming challenges in trying to subdue this popular movement.