A Part-Time Job for your Laptop

The power of computational research in the field of astronomy. 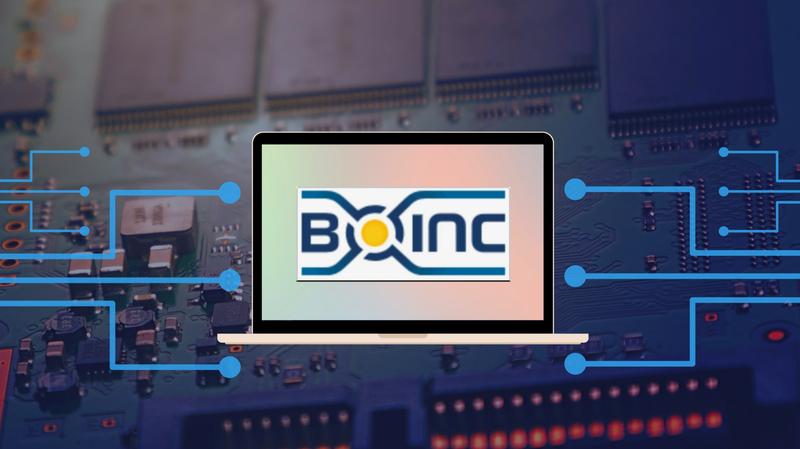 BOINC is a software platform that applies computational powers to large amounts of data. I will summarize three projects that caught my attention by answering the following questions:

1.) What is the goal of this project?

2.) What are the most recent achievements?

3.) Why is it worth participating?

This project was developed by the Rensselaer Polytechnic Institute in the U.S. As outlined on the website, the project focuses on exploring the halo of the Milky Way galaxy. The halo is a spheroid made of stars which surrounds the galaxy.

The most recent achievement is a publication in The Astrophysical Journal dated October 23, 2018, that describes streams formed by small galaxies torn apart by the Milky Way galaxy’s gravity. These findings might be useful for studying dark matter. Dark matter is invisible because it does not interact with light. The first step towards understanding dark matter is describing how it is distributed throughout our galaxy. To determine how dark matter is spread, scientists need to reconstruct orbits of stars since the orbits are affected. However, due to large distances, it is hard to see the orbits of stars. Studying streams helps with mapping the orbits. Also, MilkyWay@home has a YouTube channel where various simulations are uploaded. The most recent video is dated 5 years ago.

MilkyWay@home is worth the computational powers of your laptop because it contributes to exploring dark matter.

University of California, Berkley is hosting this project that was started in 1998. The aim is to find extraterrestrial life. Signals sent by alien civilizations might get broken down into pieces when they interact with dust in space. To recreate the original signals, scientists have to try a lot of different combinations, which is why the project requires a lot of computational power.

Currently, one of the project developers is working on a paper that would provide a conclusion to this 21-year old project. After this paper is published, other scientists will offer improvements to the project.

Even though SETI@home has not detected a perfect candidate for a signal produced by an alien civilization, mathematical calculations predict that such signals may be found between 2020 and 2025. It’s interesting that we can check whether this prediction is true within our lifetimes.

The project was launched by Astronomical Institute and Charles University in Prague to create models of asteroids by studying how they reflect light. It is important because scientists have no knowledge yet about parameters of many asteroids that might not only give clues to understanding how our solar system was born and developed, but also allow predictions of asteroid collisions with Earth. Constructed models of asteroids are available here with the most recent one dated November 1, 2019.

The most recent paper that I found is submission to Astronomy & Astrophysics dated September 23, 2019. This paper discusses how models for approximately 1100 asteroids were constructed.

Due to Asteroids@home research, scientists may be capable of predicting when asteroids will fall on Earth. Keeping in mind that asteroids are a big threat to our planet, this research is valuable.

While I think that all these research projects are important, I feel that the most interesting one is Asteroids@home. I would not like to wait 5 years for the discovery of extraterrestrial life and be disappointed if no alien signals are registered. Also, I prefer Asteroids@home to MilkyWay@home because it is regularly updated with recent models that allow us to see the research’s constant progress.