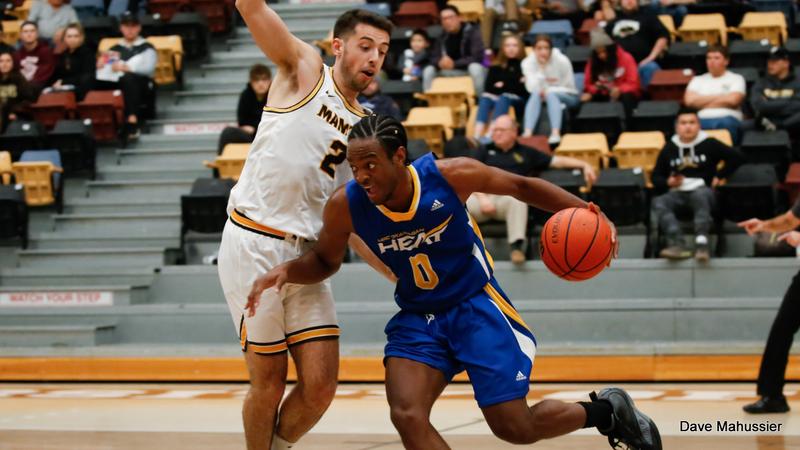 The 2019/20 basketball season has fired off to a start as the Heat squads travelled to Manitoba to begin the season. The Heat’s men faced off against the Bison’s and lost their first two matches on November 1 and 2 with scores of 86-58 and 91-66. The men left Manitoba beaten and bruised but arrived back home for a win against the TRU Wolfpack where they won 93-91 on November 8. The rematch against the Wolfpack occurred the next day and resulted in an 85-59 loss, leaving the Heat’s men record at a 1-3 for their first four games of the season. More games remain in the season against UFV, UBC and the Calgary Dinos. Check out the schedule to stay up to date.

The Heat’s women also faced a flat start in Manitoba and are currently 1-3 overall. Like the men’s squad, they dropped their first two games to the Winnipeg Bison’s on November 1 and 2 with scores of 82-69 and a close loss of 60-59. The women also returned home swinging and beat TRU Wolfpack on November 8 for a score of 56-47 before losing the rematch the following day with a score of 68-59. The Heat’s women also have games remaining and their schedule can be found here.

The Heat won’t be playing any games in the month of December respectively and will be back in full force for the month of January for 9 games. Last season the UBCO Heat men went 7-13 in the 2018/19 season so it would be great to improve that earlier record. The women last season struggled for a 1-19 record and have already matched their single win from last season. It would be great to see some improvements from last season on both squads, but only time will tell. Expect a follow-up article on the midseason, hopefully with good news.