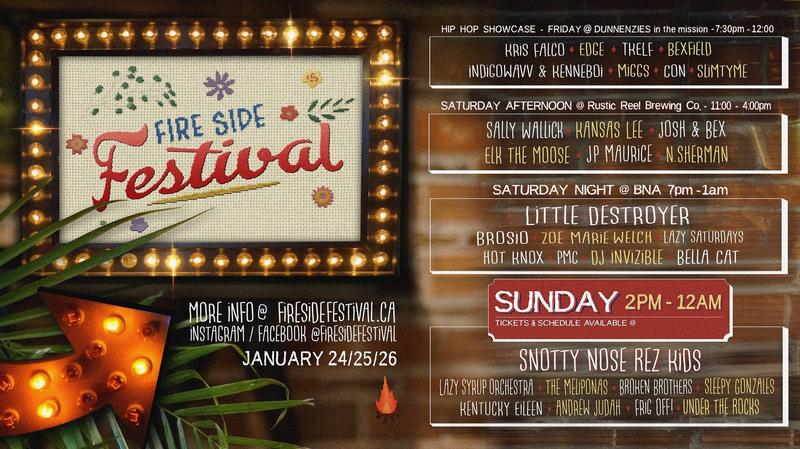 Fireside Festival is an annual winter music festival in Kelowna, BC that places an emphasis on supporting local talent.

Fireside Festival started in 2013, when founder Aaron DeSilva decided to organize a day of music at his house, “The first year was 2013, I was living in a house on the lake with the band that I was playing in (at the time) called Wild Son… We did a full day of music and it was such an amazing thing to do… It’s been every year since”. Since its inception in 2013, DeSilva has added two members to the team to help with the duties of running a growing festival. DeSilva acts as the visionary and curates the lineup, which is what he still enjoys doing. Heather Leslie is the Marketing and Social Media Manager as well as the Festival Host. Proclaimed as the “face of Fireside” by DeSilva himself, she oversees financials, social media and MC duties of the events. Kelly Shepherd, the Entertainment Director, is in charge of duties related to booking talent.

The 2020 Fireside Festival features, for the first time ever, three days of music/art held at various venues in Kelowna. The hip hop showcase, held on the Friday at DunnEnzie’s Pizza & Parlour in the Mission, features an eclectic group of DJs and hip hop artists. The Day Time Acoustic Showcase takes place on the Saturday, featuring a cozy intimate live music session with acoustic acts at Rustic Reel Brewing Company. The Kick-Off Party takes place Saturday evening at BNA Brewing Co. featuring a variety of high-energy artists. The Main Event is on Sunday, also at BNA Brewing Co. The Main Event is a day-long affair, full of live music, live visual artists, vendors and more.

Tickets and the full lineup for the 2020 Fireside Festival are available now at www.firesidefestival.ca. Single event tickets, as well as weekend passes, are available for purchase. Be sure to check out their Instagram and Facebook as well. See below for the full schedule and lineup. 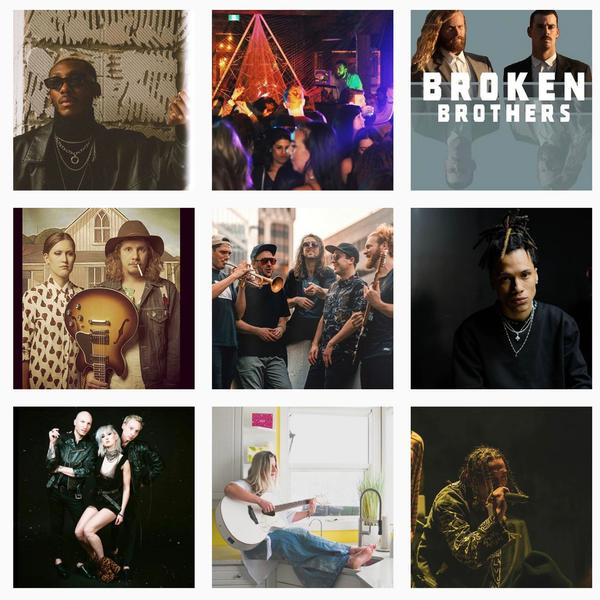