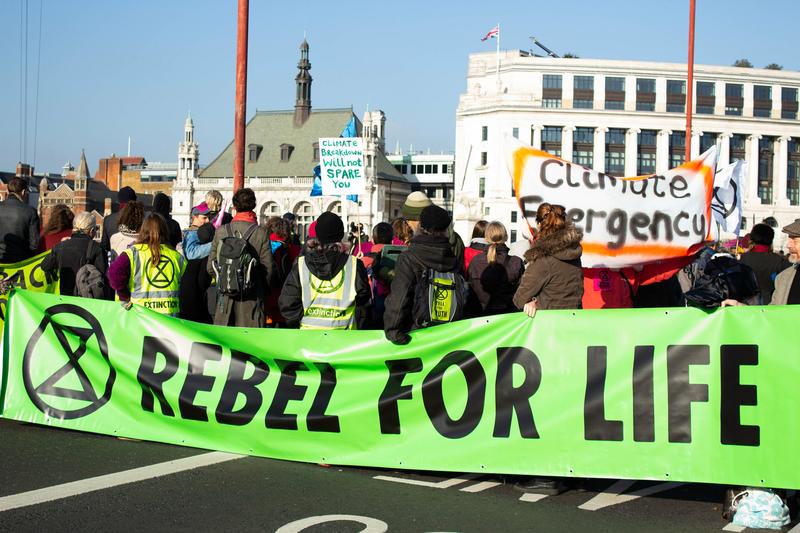 What is Extinction Rebellion?

Likewise, Extinction Rebellion in Kelowna is determined to bring awareness to the people of Kelowna. Their determination is evident through their active protests. This group aided in co-organizing the climate strikes that occurred in Kelowna and even protested in support of Vancouver’s bridge blockade. They seek to bring awareness by utilizing the method of peaceful civil disobedience.

The Goals of the Group

Extinction Rebellion in Kelowna shares the three main demands that the United Kingdom group promotes. They hope that by implementing these demands that they could persuade the government to act justly on this emergency.

The first demand is that the government should declare a climate emergency and that they should work with other institutions, such as the media, to communicate the urgency of the situation.

The third demand is establishing a citizens’ assembly consisting of everyday, average individuals of all walks of life and education levels. These individuals would be responsible for investigating, discussing and making recommendations on how to respond to the climate emergency by creating proposals. The selection process would be very similar to jury selection in which it would include random citizens. The point of a citizens’ assembly is to promote a sense of democracy and fairness by having citizens make important decisions on behalf of their country.

These goals seem highly ambitious but it provides a time limit for the government to act. Ana Ciocoiu, a representative of Extinction Rebellion at UBCO, states that “without a time limit, it is unlikely that they will act anytime soon. Putting the net-zero by 2025 goal so close is a part of the motivation strategy”

Despite Extinction Rebellion’s ambitions for Canada to declare a climate emergency, the group has also sought to make significant changes in Kelowna. Extinction Rebellion has had a few meetings with Kelowna city council about declaring a climate emergency. So far, they have said that they already have a climate plan in action. Upon closer evaluation of this action plan, Ciocoiu declares that it is “a bit of a joke.” It fails to meet federal goals for greenhouse gas emissions, furthermore the federal government already fails to meet the Paris agreement. Therefore, Extinction Rebellion is determined to keep protesting in Kelowna and meeting with the city council until the city begins to take adequate action.

Despite the well-meaning nature of the group, it is not without controversy. The frequent protests in London and the blockades have given the group the reputation of being a bit extreme. Upon being asked about the controversy, Ciocoiu replied by stating “that's the goal. It makes you form an opinion. There is a lot of apathy in terms of the environment and we are addressing that. Controversy is only a part of the success.”

Extinction Rebellion has many more events planned for the future including a potluck and a Climate Strike which will occur on November 29 in front of City Hall. They are determined to keep protesting and raising awareness for climate change until action is taken. If you wish to join this climate change cause, follow Extinction Rebellion on facebook.