Knowledge is not language. 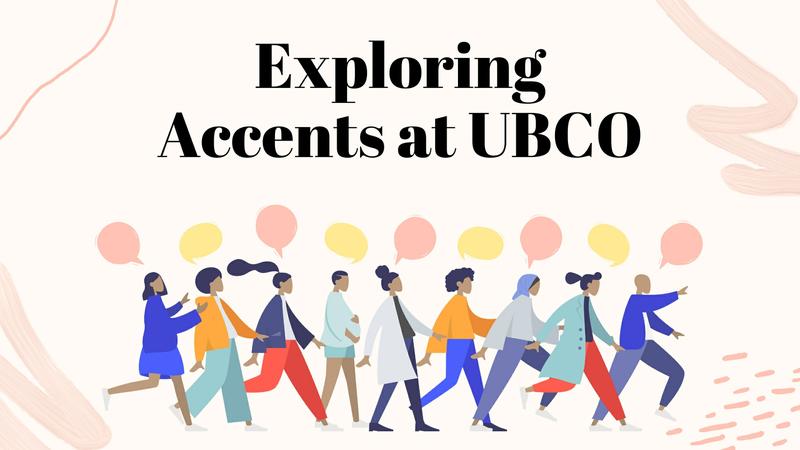 Being a non-native English speaker, I was interested in the topic of accents because in my view, differences in ways of speaking might affect our relations with others and how we position ourselves in society. Personally, I feel unconfident when speaking in public because I am worried that others might not want to listen to me because of my accent. Four people who do not identify their accents as Canadian generously accepted to answer my questions on the matter. These were their answers, (note that some respondents wished to remain anonymous).

Q: Have you ever had problems, such as discrimination or lack of confidence connected with your accent?

I didn’t have enough confidence to speak because I didn’t have a Canadian accent. But now I think I’m okay with it. People unintentionally judge your knowledge by the accent. Because you feel unconfident due to your accent you speak less, and others think you’re timid and have a mental problem. Knowledge is not language. When you make a judgment about a person based on a single characteristic, it is called the Halo Effect. If a person has different characteristics from you, you think it’s a bad thing. The Social Identity Effect is when you’re more towards people of your ethnicity. Openness to experience is when a person is willing to learn a new language.

Mostly a lack of confidence because when I first arrived, I had a distinct Malaysian-Chinese accent. I often stumble over words because of pronunciation. Even back home I study at an international university and always hesitate before I speak. I have to form a sentence clearly because I know that my accent will affect the way I speak it. I feel embarrassed.

I have a distinction to make. One thing is accent and another is pronunciation. Accent is very much related with your identity. I have lived in the United States. It is more common for immigrants [there] to lose their accents, while in Canada identity is not something that you feel pressure to show. People often maintain their accents. If you are in a meeting and you have a British accent, people would pay more attention to you. In England, for example, there are different accents depending on your class. In Canada, we find that people do not travel very much. It is very difficult for people to understand the challenge of speaking a different language and also the advantages that come from learning different languages—how well you understand others through their language. What happens with the accents is that there are certain stereotypes. I was very surprised by the fact that many people have never travelled abroad. That’s why there are sometimes preconceptions.

Q: Would you like to learn to speak with a Canadian accent?

No, I like my accent. My accent is a little bit of everything. I mean it kind of reflects the culture I came from and other languages that I speak. It’s not that I don’t like a Canadian accent. I really think that people should learn how to listen to other people who speak with another accent. It’s not a bad thing to speak other languages and show it when you speak English.

No, because it is not my accent. The thing is that the accent is who you are. When I see people pretending to have another accent, they have two different identities. I don’t pretend to have two different personalities. If I want to have an accent, I will be imitating someone else. I don’t want to do that.

Not particularly the Canadian English accent. But in Kelowna, some people are not very tolerant of other accents. So, I have had some difficulties in my everyday life. Sometimes I want to reduce the difficulties.

Q: Do you think it is possible for non-native speakers to learn to speak with Canadian accent? If yes, how?

I think you can learn. It’s not a thing that you do consciously. Every time when you encounter the accent, you just learn it, I think. Sometimes your accent depends on another person, the way they are speaking. So, I think when you keep talking, you subconsciously learn the accent. It depends on how fast a person picks up the accent.

It’s possible. I’ve seen people who make a conscious decision to pick up an accent. Through practice and watching dramas. One of my favourite pastimes is watching late-night shows where comedians have British or American accents. I never really picked up those, but I can imagine someone doing that. Like my friend picked up a British accent by watching Harry Potter.

It depends on how good you are at imitating other people. I can do it. My children pretend to have a British accent or a South African accent. If you want to imitate others, you can do it.

Everything is possible. There are even “accent reduction” courses. For example, institutions in Vancouver have specialists who change someone’s accent and offer courses primarily for immigrants. Language learning is imitation. While learning the Canadian accent may be possible, I want to emphasize that society needs to have linguistic tolerance towards not only different languages, but also different accents.

These interviews showed me the connection between accents and identity. My Russian accent reflects my background, which I value. There are no reasons for me to feel unconfident due to my accent. The discussion opened my eyes to the fact that even if someone attempts to make me feel inferior because of my accent (which happened to me once), I need to remember that society in general moves towards embracing diversity. Even though this article does not represent the other side of the topic—attitudes of people with Canadian accents towards speakers with other accents—I hope it contributes to the broader theme of tolerance.