A Bitter Taste Left Behind from 2019 Women’s Soccer Season 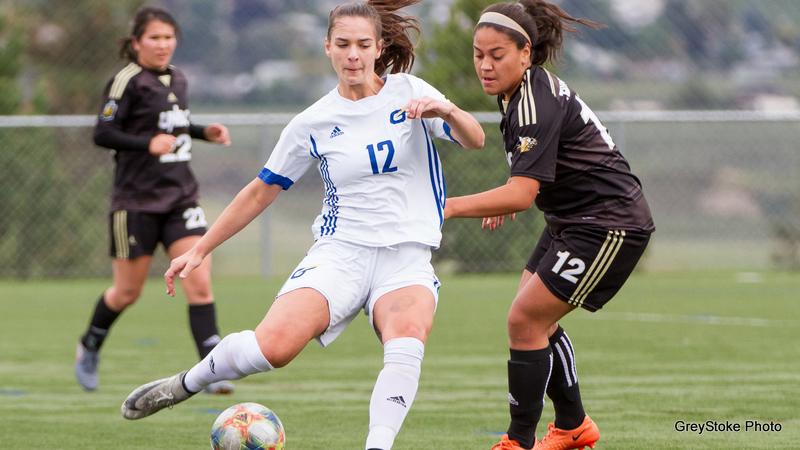 The 2019 season for the UBCO women’s Heat leaves a bitter taste and a bad memory for the team. It's certainly not a season the players and coaching staff have anything to brag about, but at least it leaves the Heat with an idea of what needs to happen to improve and win games for 2020. The women’s Heat went 1-12-1 in the 14-game season and had serious challenges creating a strong offence. The team got shut out 11 times in 14 games and scored only four goals all season. Four of these games were lost by only one goal, which means with some fine-tuning and roster adjustments, perhaps these lost games could convert into wins for the future.

In 2018, the women’s Heat went 3-9-2 and scored a season total of 10 goals, tying for seventh in the Pacific Division. The 2019 women’s Heat earned last place in the Pacific Division (eighth), and won only a single game against UNBC, tying another against TRU. The seventh-place team was TRU who went 2-8-4. In comparison, the top team of the Pacific was Trinity Western University (TWU) that went 12-1-1 for the season with a staggering 37 points to the Heat’s four.

Given UBCO is a smaller university, our potential for higher skilled players may be less per capita, but I would like to think that UBCO has the talent pool, it just needs to be tweaked and adjusted. Let’s keep our fingers crossed that 2020 can be bigger and better for our women’s soccer team and that valuable lessons have been learned from this season’s struggles.