Rapper Kanye West has released his long-awaited ninth studio album. And it is… new. 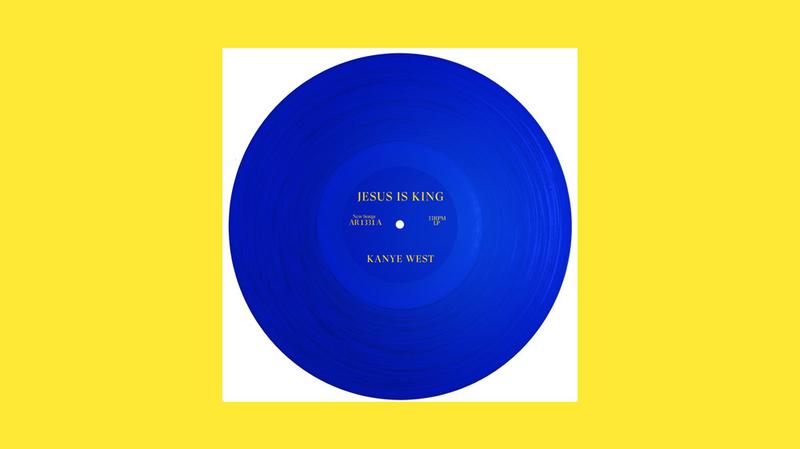 Have you seen any of those videos where a baby meets their parents’ twin for the first time? They sense that something is wrong. Everybody seems to be acting normal, and the person looks identical to somebody they know but they still can’t… quite… trust them. That is what this album is to Kanye. A strange juxtaposition of the producer/performer Kanye that we already knew, and this new writer Kanye that seems to be bent on evangelizing the masses. It makes you wonder what exactly is going on, where did that man who talked about getting bleach on his t-shirt go?

More on that later, but for now, the music. How is it? Production is where the strength of this album lies. It feels polished yet organic, contemporary and traditionally gospel in conjunction. Songs are very short, with few even reaching three minutes. With 11 tracks sitting at 27 minutes, this album is something of a “blink and you’ll miss it” type of deal. The issue with saying that though is that Jesus is King can feel like a long album. The fact that many of the songs don’t even hit two minutes and still manage to carry the amount of presence and weight that they do only speaks to the skill West has as an artist.

The features on this album were used perfectly. There are no missteps at all in that department, both in terms of features chosen and in how they were implemented, from Clipse to Fred Hammond to Ty Dolla $ign. Of course, it is also coupled with long-time partner Mike Dean doing the mixing again, and Timbaland and Pi’erre Bourne as producers. It’s no wonder this album sounds good.

Kanye’s singing has only gotten better with time. Now, he’s no Adele, but I don’t think he sets out to be. His vocals are very reminiscent of J-Cole, where the vocals aren’t technically perfect or practiced, but the imperfections make it feel much more intimate. Despite how deep into his faith West has gone, this album still feels like a “phase”. The surface-level Christianity gives way, at times, to the true Kanye, talking about how great he is and doing whatever he can to introduce some slice of himself to something that is very much outside of the quintessential “Kanye” that we all know.

One last interesting thing to note is the release of this album. Believed to be a revised version of the unreleased album Yandhi, where he uploads and edits mixes after putting the album out, it is similar to what he did on his album The Life of Pablo. The issue with it is that the release of the album was postponed (once for certain, other times probably due to bigger changes) purely because West believed the mixing needed to be fixed. Why delay if there would be edits anyway? Put your best foot forward in the very beginning or stop being so fussy altogether.

If there is one word to describe the tone of this album, it would be comforting. It feels like you’ve sat down next to your grandma at a sermon and she’s snuck you a candy because you’ve started to get antsy. It feels like folding chairs and wood panelling. Regardless of affiliation or your faith of choice, it’s impossible to deny how beautiful this album sounds. There are some VERY preachy moments and the platitudes become grating pretty early on, but I suppose that’s not entirely unexpected of a gospel album. Every once in awhile we see Kanye without any masks on, stepping out and grabbing the spotlight for a minute, but those moments are far between.

Besides the Christianity stuff, this project hits briefly on themes of freedom and bondage on tracks Selah and Hands On. Both Kanye and his wife Kim have been advocating and doing work for ratifying the 13th amendment and reupholstering the prison system for what's been a few years now. It’s nice to see it mentioned in an album that’s supposed to be centered around West’s truths.

For the most part, the album is mostly entry-level Christianity and how it applies to West’s life given the comfort it has granted him. It leads to the creation of what is ultimately a very warm album. I feel happier after having listened to it. That being said, lyrics do hold half the stock in the worth of a song, and the lyrics on this album are subpar (to be gentle). There was little in the way of deeper level thinking. What was said was garbled and nonsensical, at times hypocritical (despite mentioning that there’s “nothing worse than a hypocrite”... hmm), and very little of it even had anything to do with West himself. It seems almost unbelievable that this is the same man who created something as analytical and deep as My Beautiful Dark Twisted Fantasy. Despite the underwhelming lyrics, production and performance were just as sharp as ever. It is definitely not a bad album.

Always remember, you my chick-fil-a.

Standout tracks: Selah, On God, Water, God Is, Hands On, Use This Gospel