What Would You Change About the University?

Question of the week: what are the complaints of UBCO’s students and staff members? 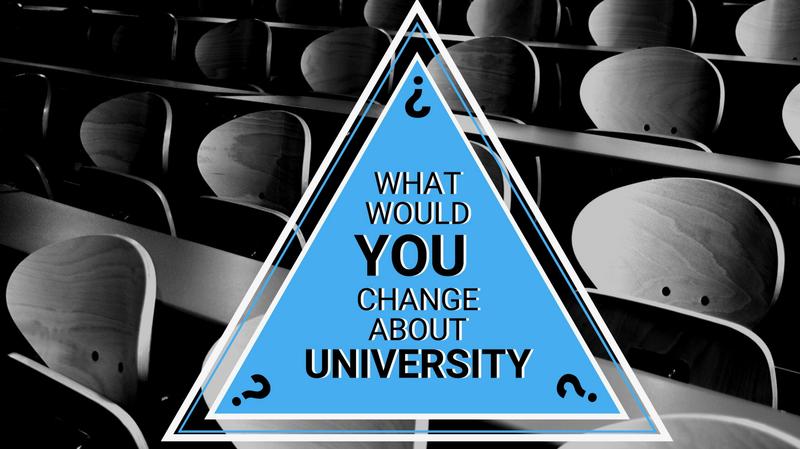 Welcome back students, staff, and miscellaneous members of UBCO. I realize it’s been a minute since the actual start of term, but I only just got to write an article now so we can just pretend that I’m on time. My name is Domitius Jarrouj. I think it’s probably polite to introduce myself regardless of the fact that you can read my name under this article.

The Phoenix is starting a new weekly series, Question of the Week, where (and try to contain your shock) I’ll be asking a question a week. The question that I wandered around campus asking you all this week was an open ended one: What would you change about this university?

Going into this week, my expectation was that most responses I would get would revolve around parking spots and the general pricing of university life. You all lived up to my expectations.

To start with, Kylie Adebar (student) mentioned food prices on campus as a main concern of hers. With few options on campus altogether, and those that we do have maintaining exorbitant rates, the state of student food life is something of an oligarchy right now.

Other pricing issues mentioned by most of you include the textbook prices (mentioned by an anonymous staff member), and the unregulated inflation cost for international students, mentioned by Joelle Craig (student).

International students pay a roughly $1300 per credit (as opposed to a permanent resident’s $180) at the UBCO campus. International fees have been seeing an inflation of 2-5% for the past couple years, according to the reported values approved by the UBC Board of Governors late last year.

The largest pricing issue we, as a campus, seem to have is in the parking department. This issue was mentioned as the number one concern about the campus by a number of students and staff, including Joelle Craig, Rachel Fortin (staff), and Megan Mooney (student). Mooney specifically pointed to the prices of the Gym lot in particular. Prices have jumped exponentially, from managing to get through a whole day of parking with $8 to now needing over $20. A semester pass for H lot, the cheapest lot, has jumped over $150 since last year. Make of that what you will.

Pricing isn’t the only problem with UBCO parking, though. With an obvious lack of spots available, many students are left wandering through the lots hoping to happen across a miracle. According to the FAQ page of the UBCO Parking Services, “We have 2,800 parking spaces on campus. On an average week day 9,000 people visit campus.”

Heather Ng-Cornish (student) suggested admission of fewer students as a deterrent for this sort of issue. It probably stands to reason that UBCO will continue to limit parking areas and increase student admittance, though.

Alex La Berge (student), Carson Mackenzie (student), and Kylie Adebar (student) brought up similar ideas, but in relation to pedestrian space. Study and recreation areas are limited, especially with the ever increasing number of admissions. New buildings are made with photoshoots in mind rather than maximization of space.

Now though, not only are the new areas being made inefficiently, but the old are being restructured into a shade of themselves. Grady Hewlett (grad student) and another anonymous student brought up the concern that the Arts Atrium many once used as a quiet place to study has been transformed into a grad student only area. I have yet to hear any valid reasons for this, but the two mentioned students immediately decided it was their biggest peeve with the university at the moment.

Something I wasn’t expecting to hear about is the lack of facilities and accommodations for the variously impaired members of the campus. This isn’t an in-depth article on the matter, but to summarize, an anonymous staff member cited issues with: wheelchair accessibility (both around campus and for restrooms), only one automatic door opener per building (if even that), not enough curb cuts, doors being too heavy to open for a handicapped person, the new Commons building lecture hall being borderline impossible for hearing impaired students to learn in, issues with signage contrast, not enough heating (also mentioned by student Michaela Hoyseth), and not enough professors making themselves and their lessons accessible for students in need of different sorts of assistance. Now as I said, this is a bit much to unpack here and now, but I think it’s safe to say that something is clearly wrong.

The university seems to be living as a bloated gambler, stacking the enticement of a quick buck against the contentment of its students and faculty. Odds are, that scale isn’t going to tip in our favor any time soon. It’s not all bad though, at least we have bouncy castles.