UBCO students strike to demand the declaration of a climate emergency. 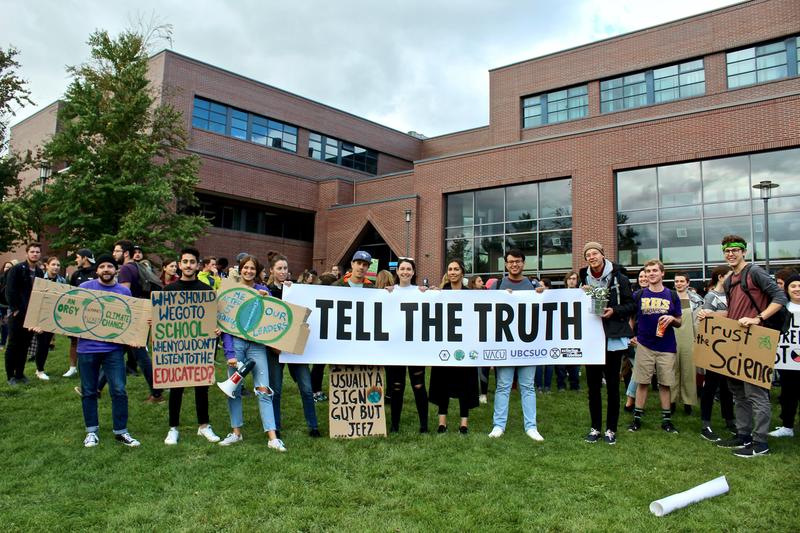 UBCO participated in the Global Climate Strike on Thursday, September 26, with hundreds of students taking part in a class walkout, rally, and march to declare a climate emergency.

The Global Climate Strike, which started because of the Fridays For Future movement, took place between September 20 and September 27, centering around the UN Emergency Climate Summit. The Fridays For Future movement began in August 2018 after 16 year old Greta Thunberg missed school for three weeks to protest the lack of action on the climate crisis. After the three weeks, she continued to strike every Friday until the present day.

Participating in the Global Climate Strike was a no brainer for UBCO students as UBC was recently named “the top university in the world for taking urgent action to combat climate change” according to Times Higher Education. 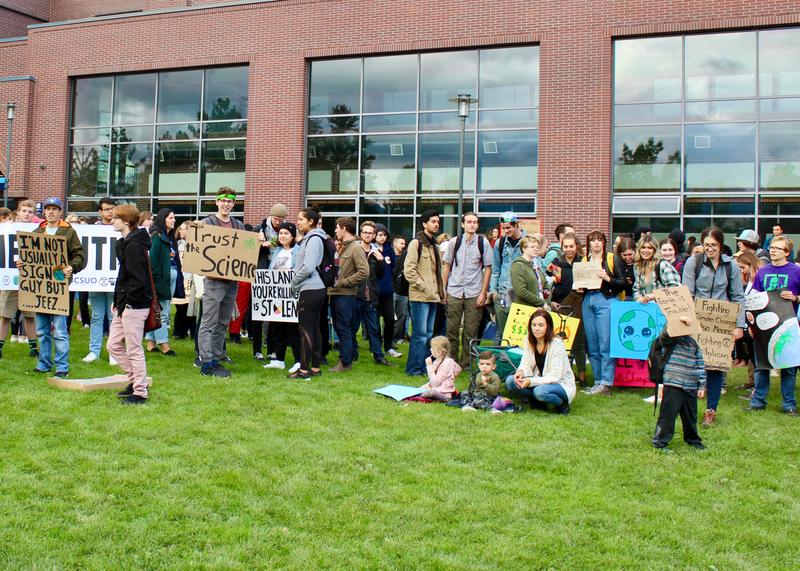 On Wednesday, September 25, a sign making workshop for the strike was held in the Creative and Critical Studies building on the UBCO campus. The workshop featured music, paint, and high anticipation for the striking that was to come.

On Thursday, September 26, the day of the UBCO Climate Strike, students gathered in the central courtyard at 1:00 p.m. with speeches taking place around 1:30 p.m. Speakers urged students to follow the lead of Indigenous peoples and youth who have been tirelessly leading the fight for climate justice for many years. The speeches were followed by a march around campus where students boasted strike signs and chanted vehemently.

Though UBCO’s strike may not have topped the Global Climate Strike charts, it is important to remember that this entire movement started with just a few young individuals demanding change, which gave rise to the mobilization of 6.6 million people and counting.