All Work and No Play Makes Jump Start a Dull Event

Now under the Student Experience Office, Jump Start takes a new north and aims to become an academic event. 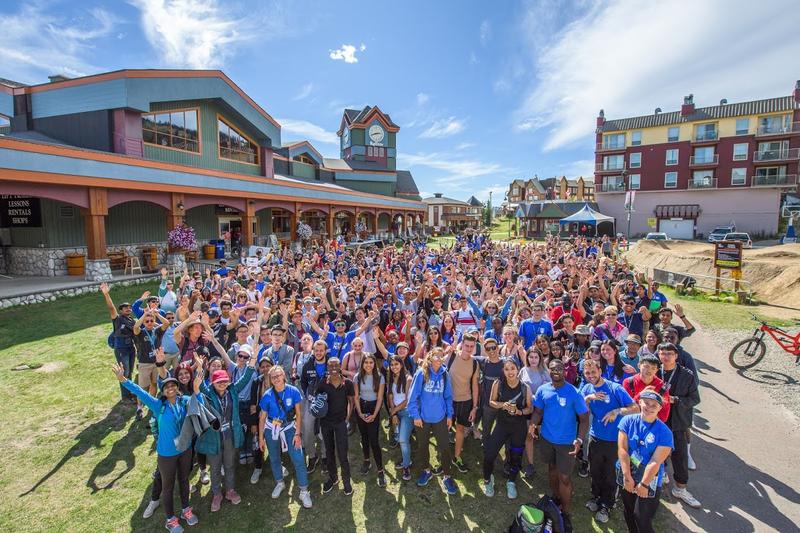 Every year, UBCO welcomes new students with a weeklong orientation program that provides them with opportunities to make new connections, get to know the campus and the town, and transition to an academic environment. This year, however, Jump Start gained another focus. Under the Student Experience Office (SEO), this year’s program prioritized the academic over the social, representing the beginning of a new trend.

Suppose you arrived on the 23rd or 24th of August. The impeccably organized arrivals weekend, one of the SEO’s many strong suits, would leave you gaping. There were various snacks on the first floor, where you would check-in, grab your name tag with your assigned group and wait – for a very, very short period of time. Then, you would be called to the second floor, where you would get your swags, arrange your MSP – if you were international–, and have a leader – including myself – to get you to your new home. All this in a couple of minutes.

Suppose you were in group 6 team B – the team I was co-leading with Sayra Gorgani. After having breakfast on the 25th, you get to know your team and, together, go to the Gym for the Welcome Ceremony. After lunch – which by itself was already exhausting due to gigantic queues and poor variety of food that would go on the whole week– you have two academic sessions: Beyond the Classroom: Ready, Set, Goal(s) and Faculty Foundations. Following this, food trucks provided dinner.

On the 26th, your day would be basically composed of academic lectures. From 9:30 to 4:20 you would go through “Your space and place in the Okanagan,” the SVPRO, and Library and Writing and Research. After a pause for lunch, engineering students would have an event of their own, while the others would have team time. Then all students would go to a Faculty Relationships session, and if you were international your day would end with a lecture titled, “Your International Experience.”

According to one of the orientation leaders who chooses to remain anonymous, students were better off with free time instead of team time because they had found the content of the sessions “exhausting.”

On the 27th, the day began with a Health and Wellness session followed by a much smaller version of 2018’s Westbank Celebration. No more bows and arrows, no more carrying your friends around on a dirty bed sheet. Instead, it was focused on the musical aspect, with singing and dancing. After lunch, you would have to attend Wellness Wednesday and UBC Experience sessions before the bonfire.

Once again, I must give credit to the SEO for its impeccable organization. The bonfire was more effective in bringing people closer together than last year’s. It happened in the EME courtyard, where there were several small, more familiar fire pits. Some students brought musical instruments, some sang, and others had fun just by watching, chatting, or tasting some marshmallows. It was foreshadowing better times.

On the 28th the fun began: though apparently too much fun, unfortunately leaves students exhausted as well. At about 8:30 a.m. you would board one of the 18 buses heading to Big White. After a 4.5km hike and for those who were brave enough to swim in the freezing lake, some aquatic exercise, it would be lunch time.

When you got back to campus, you would have one hour and a half to get ready for the gala dinner and karaoke. If it wasn’t for the insufficient amount of food and for the fact that many students were tired because of the hike, the event would have been excellent.

The 29th gave the academic sessions one last breath. From 9:30 a.m. to 12:30 p.m. you would attend lectures by Academic Advising, Career Advising, and Learn Smart, respectively. After 12:30 p.m., however, you would be free. To celebrate it, you would get the chance to battle against hundreds of people in a queue for free barbecue.

What is the verdict?

Fun week so far, right? Not according to some of the students. Hisham Khan, for example, one of the students who attended this year’s orientation program, said that he wished there were more activities that explored the Okanagan and Kelowna, “because I still have no idea of what is outside.”

Priscilla Kirabo, another jump-starter, believes that the program should provide the possibility to develop interpersonal skills and connections, something she considers to be vital. “There should be more outdoors and proactive [activities] rather than sitting in a lecture hall… The school should give us a more favourable environment for other activities… It shouldn’t just be completely about academics.”

Phil Bond, manager of the Student Experience Office, agrees with Priscilla to some extent. To him, Jump Start should be about getting students prepared for their first day of school, but he also considers that making friends is a very important part of the process. “We know that if students are connected to the campus and to other students, if they made some friends, it also… helps them be successful in the first term.”

Nevertheless, Mr. Bond acknowledges that the program’s focus, now, is helping students transition academically. That is because, according to him, there are certain skills that the university wants students to have prior to the beginning of classes, “whether is how to look at a syllabus, how to approach a professor if they need to… we build our program around that.”

An orientation leader who prefers to remain anonymous concluded: “balance is important. Some of the new academic sessions were useful… [but] students both need to have fun and relieve stress...most of them are nervous about starting university and making friends, but they also need some of the academic sessions to find out what they need for university”

Now, the SEO’s manager waits for the students’ feedback prior to setting the goals for next year’s orientation. For him, the question is “How can we do that [all the learning outcomes the university wants the students to learn before the beginning of the school year] in a way that is a little lighter for them, [and] not so heavy academically?”

Priscilla said, “I would probably put most of the lectures towards the end of Jump Start so that people could ‘sober up’ for school as opposed to putting them in the middle.”