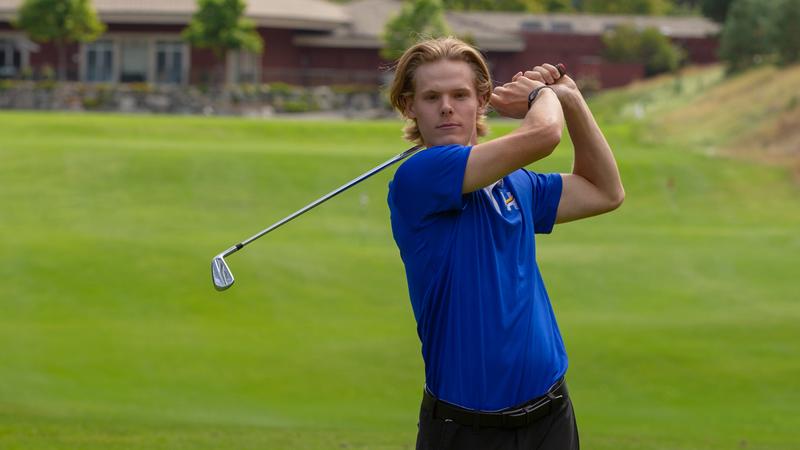 On September 15 and 16, the UBCO Heat’s golf team dominated The U of A invitational in Edmonton with Cole Wilson winning the individual title and UBCO winning the team title.

Wilson won the individual title by a single shot and UBCO as a team secured the team victory by 12 shots.

Ollie Rizun of UBCO had the best Saturday performance and swung 68 times on the second day of the tournament. He was able to solidify a third place finish behind Ethan Banks and team mate Cole Wilson, who swung a 67 day on day one and a 70 on day, securing the individual title.

The results of this event are impressive, especially considering five out of six of the UBCO Heat players placed in the top 10 in a 36 player tournament. Cole Wilson came in first place, with Oiliver Rizun in third place, Ethan Hunt in fifth place, Nik Ferdeko in seventh place, and Marcus Apchin in twelfth place. The players dominated the tournament and will soon have another chance to prove themselves again this October 2019.

The U of L tournament scheduled for September 27 was cancelled in Lethbridge, meaning the Heat will play next on October 4 to 6. The event will be hosted at The Bear Course Okanagan Golf Club in Kelowna for the Western Conference Championships.

Hopefully, the Heat will dominate again, and with the advantage of playing at home, we can look forward to another spectacular result.