Halloween Around the World

Do you know about spooky traditions across the globe?

What is Halloween? A time to dress up and eat lots of candy - so we think in a lot of Western countries. Presently, the religious origins of All-Hallowtide, which includes All Saints’ Eve, All Saints’ Day, and All Souls’ Day, have faded to the background in order to emphasize the spookiness of the season and the idea that Halloween is a time to put on a costume and have fun.

Nevertheless, something an international student from Bangladesh once told me sparked my interest in the globality of this celebration, “Before I came to Canada in 2015, I’d never celebrated Halloween.” Because of the commercialization and mediatic attention Halloween gets, people worldwide know what North America does to celebrate October 31. But, do you know what other countries do?

What are the traditions worldwide, if any, for this day that North America seems to think is characterized by pumpkins, ghosts, and witches? After doing some research and talking to international clubs on campus, these are six countries whose traditions, or different celebrations other than Halloween, I encountered. 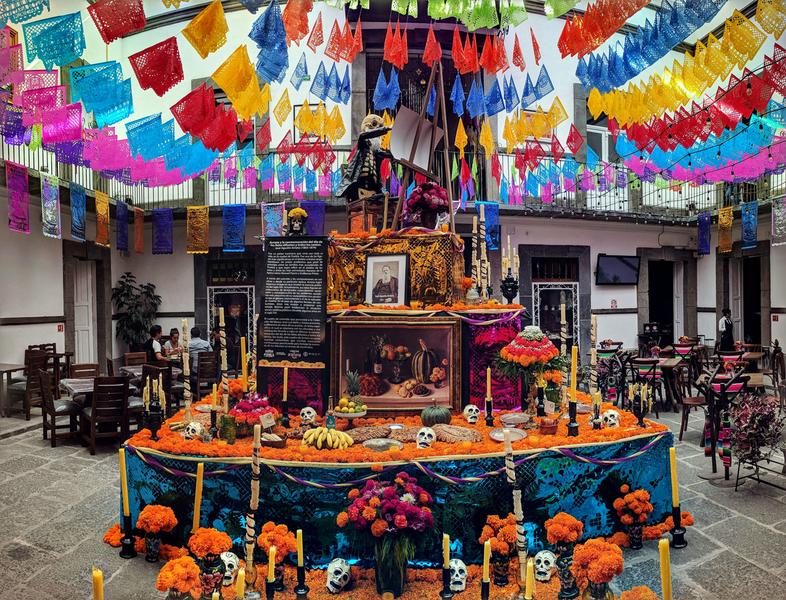 Thanks to the Disney-Pixar movie, Coco, people now know that this Latin American country celebrates Día de los Muertos, meaning the Day of the Dead. This is a tradition that combines the pre-Hispanic cult to death and the Catholic celebration of All Saints’ Day, when you pray for the non-beatified souls and the ones that have not ascended to heaven.

Every year on November 1 and 2, Mexicans visit cemeteries and put up an altar for the dead. This includes pictures of those who passed away, surrounded by some of their personal belongings, food, religious candles, incense, cempasuchil flowers, and skeletons - fake ones of course!

This tradition is closely linked to the image of the Catrina, a skeletal woman adorned with flowers. This image was born as a caricature to mock indigenous people trying to hide their status. Now, it has been globalized as the Mexican symbol for the dead, used inside of Mexico in festivals, and outside as a costume.

The Latin Student Association (LASO) will be celebrating Día de los Muertos on Saturday November 2 at KBC. Students are expected to come in costume and most probably you’ll encounter a ton of Catrinas. 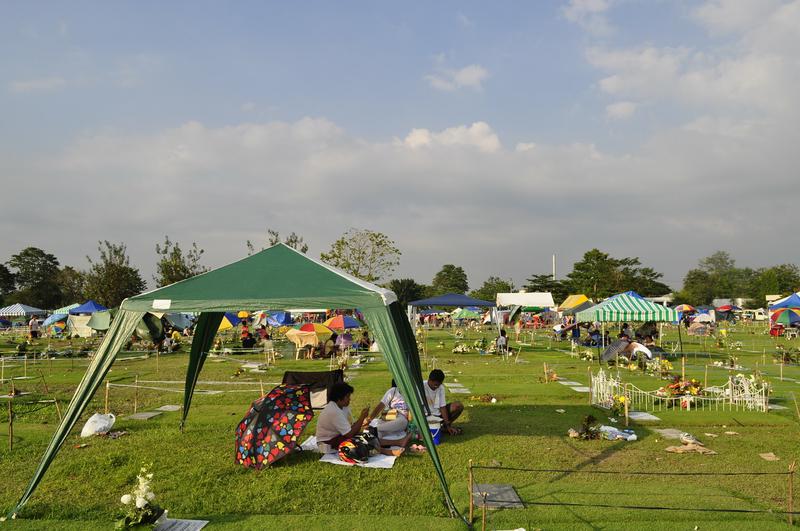 When I spoke to a member of the Filipino Student Association on campus, she told me that “Halloween is more of a newer generation thing there. People dress up, but kids don’t go trick or treating like they do here.”

The student told me that there is a very similar tradition to the Day of the Dead in Philippines, in which families go to the cemetery on November 1 or 2 and picnic beside their loved ones’ graves, bringing gifts for the dead. People gather tents and chairs in preparation for a long day of reuniting with family, both dead and alive.

With additional research, I also found that there is a tradition called Pangangaluluwa. This is when children, sometimes in costumes, go around houses and offer songs in exchange for prayers for those that are stuck in purgatory. This of course is slowly being replaced with trick-or-treating, but some towns are trying to keep the tradition alive. 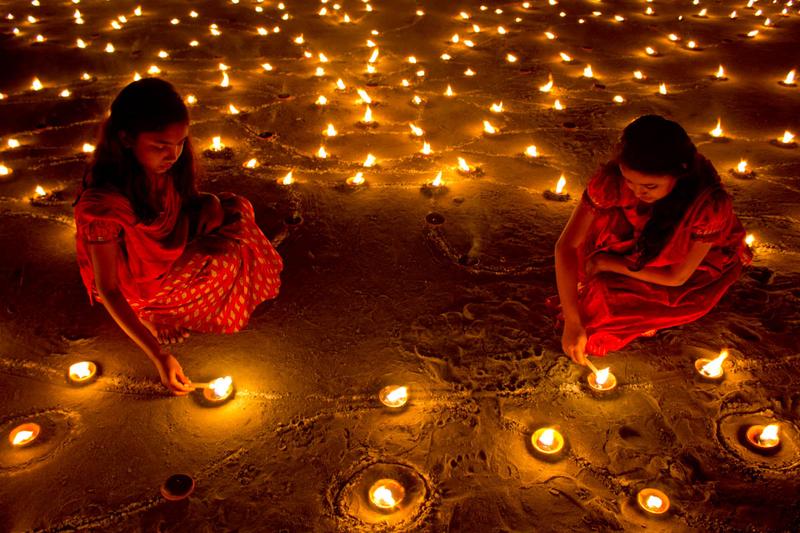 In this country, much like in Bangladesh, Halloween is a fairly new thing that, historically, does not make part of Indian traditions. In fact, the end of October usually means something else in this country. It is the time to celebrate one of the most colorful and representative festivals in India, Diwali.

I talked to a former executive of the Indian Culture and Dance Club (ICDC), and she explained in detail what Diwali was and how it is celebrated: “Diwali is a Hindu festival, celebrated by millions of Hindus, Sikhs and Jains across the world. It is commonly referred to as the festival of lights since a lot of the celebrations involve big, bold displays of light and colour… Diwali is often associated with Lakshmi, the goddess of prosperity.”

She further told me how people celebrate this festival in India: “People typically decorate their homes with lights and rangolis, elaborate patterns made out of materials including rice, coloured sand and flowers… One of the most popular dishes to eat in Diwali is called Lapsi Halwa, and is made from cracked wheat, cooked with ghee and sweetened with sugar and cardamom.”

Diwali celebrations started on Sunday 27 October this year. The ICDC has a Diwali night planned for November 2nd.

In terms of celebration for the dead, Hinduism follows a lunar calendar. During the month of Bhadrapada, many people in India celebrate Pitru Paksha. This is a 16-day period in which the souls in purgatory are allowed to visit Earth and be with their families who cook food for them. In order for the souls and the entire family to have a place in the after-life, a ritual called Shraddha must be performed.

This year Pitru Paksha happened between September 13 and September 28. 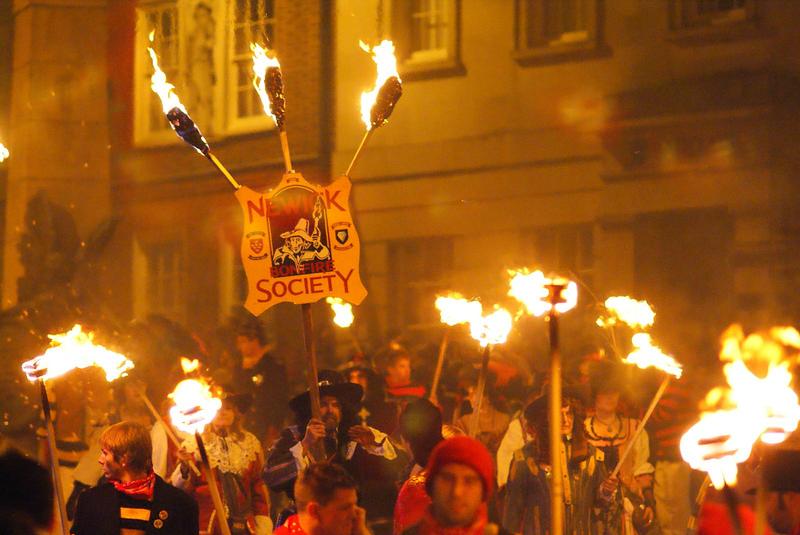 Even though Halloween is still celebrated in this country, one of the biggest traditions around this time of the year is Guy Fawkes Day, celebrated on November 5 - and it really does not have much to do with Halloween.

The day appeared as a way to commemorate the death of English traitor, Guy Fawkes. Fawkes, member of a Catholic group, was convicted of a ploy that tried to blow up Protestant England’s parliament. Fawkes was to be burnt in public. During this evening, Britain lights up with bonfires and fireworks, and effigies of Guy Fawkes are burnt.

Furthermore, there is a tradition during this day that resembles trick-or-treating. Children will go out in the streets carrying an effigy of the ‘guy’, (this is also where our usage of the word ‘guy’ comes from) and ask for ‘a penny for the guy,’ instead of asking for candy. 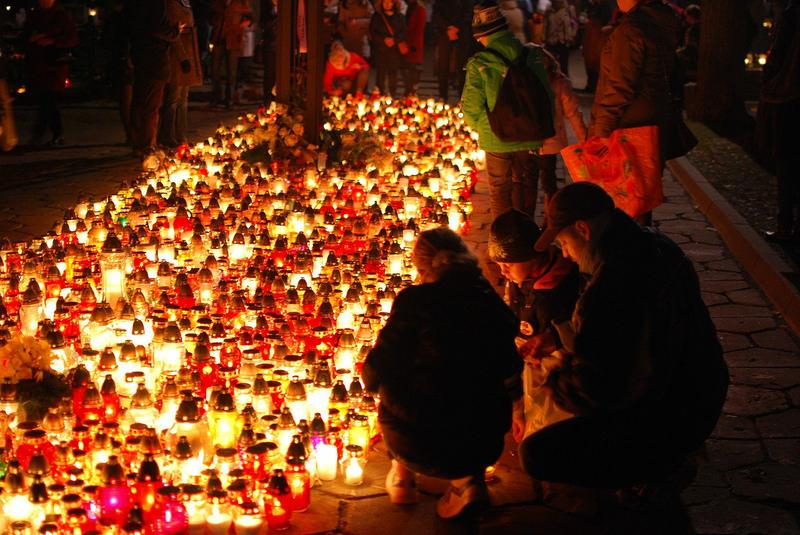 Halloween is fairly new in Germany but on All Saints' Day, knives are hidden so that the spirits can’t cause any harm. Other than that, in this country the conflict between a Catholic celebration like Halloween and the Protestant majority is latent; especially since Germany has its own traditions. For example, on November 11, Germans celebrate St. Martin’s Day. During this day, children go around houses with lanterns reciting poetry and singing songs in exchange for treats. 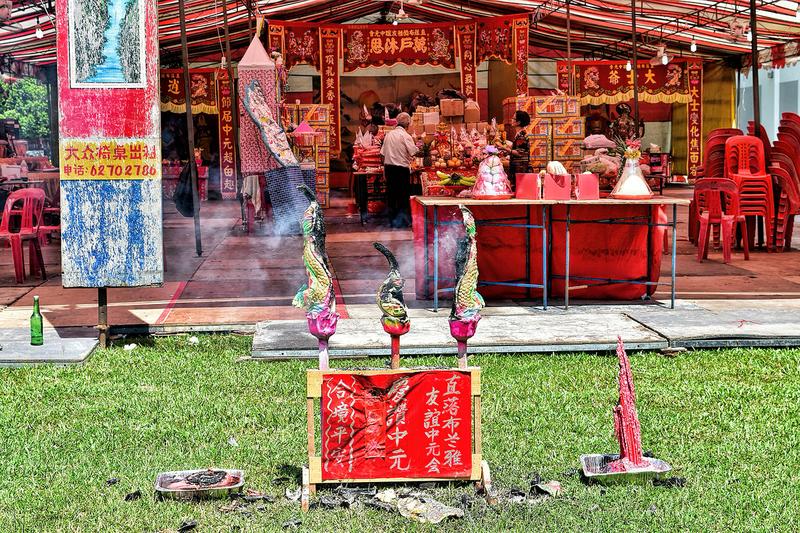 Here is another tradition that revolves around the dead and spirits, but it is not celebrated around Halloween time. Like Hindus, traditions in Hong Kong follow a lunar calendar. On the seventh lunar month, which falls around mid-August to mid-September, people in this region celebrate the Hungry Ghost Festival or Yu Lan. Around this time, people believe that spirits start getting restless and roaming the earth. To calm them down, people feed them during the festival, but they also burn offerings and money for these spirits. The major celebration occurs in Victoria Park with a costume parade.