Breaking news: we know what the new Rose’s will be. 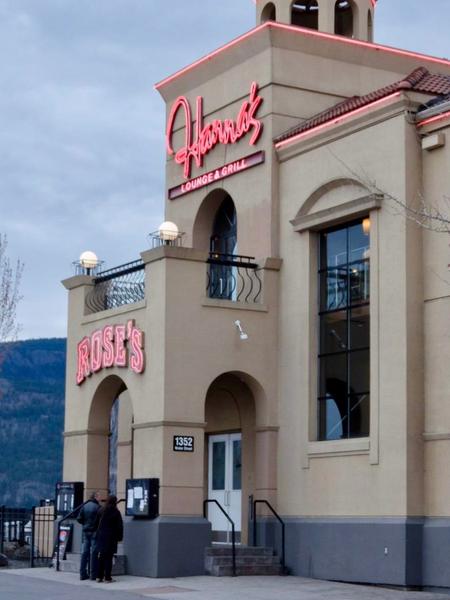 I did some digging this weekend. Classic, cold-war era investigating.

I had a few trench coat meetups in some back alleys downtown. A few sealed brown envelopes were exchanged.

I made 3 different calls to unknown numbers on three different burner phones.

I roughed up an inside man for info. I operated a surveillance van with two mid thirties intelligence officers from CSIS, as we listened into a bugged exchange between potential suspects.

I awoke in the middle of the dark night to a knock on the door. I opened it only to find a nondescript package on the doorstep, filled with unmentionable photos. Filled with leverage.

I scoured through government databases and started looking where it counts. With the help of the dark web, I opened some dangerous doors. I have been down the rabbit hole.

I have been shadowed by a black Chevy Tahoe with tinted windows for the past week, but they haven’t made a move yet.

All of this, to get the information I now present to you. This information is vital to the public, and is worth more than my life.

I know what the new club going into the old Rose’s building will be. Yes, that’s right, this is a Phoenix exclusive piece.

The new club going into the old Rose’s building will be called Maxx Lyfe: a cross-fit studio in the day, and vegan bar at night. It is an exciting new gym that converts into a cruelty free social scene in Kelowna’s now waning downtown core.

Actually, no. That was a lie. It is going to be an Earls Reserved.

What is an Earls Reserved? It’s a crossover Between Earls and Starbucks Reserved, where they serve luxury caffeinated beverages alongside a signature menu of foods specially curated in the Okanagan.

Wait, no, that’s wrong again. It is actually going to be another Joey’s, except they’re going to re-branded it as Pandosy Kelowna (named after Father Pandosy, who established the Kelowna mission). It will be featuring a holy trinity of menu options ranging from steak-rites, to service wraps and holy hour specials.

Okay, seriously, it’s none of those alternative developments. As you can tell, those were satirical conjectures.

Really however, the new and exciting venue moving to the old Rose’s spot is none other than Cactus Club. Yes, it was reported earlier this year in February that Cactus Club had bought out the venue.

I have a shred of hope for the space, however, because Cactus Club has not reported what they are going to do with the space specifically. Perhaps there is still time to shape the design and outcome of the venue.

In a town where social venues are consolidating into the hands of a few companies (BNA absorbed Flashbacks and Sturgeon hall (now called Skinny Dukes, Sapphire acquired Level, Mission Group owns god knows what), what we definitely do not need is an expansion of a restaurant chain. We have two Cactus Clubs in Kelowna already, one by Walmart, and the other already within spitting distance of Rose’s (it will still be known as Rose’s until the pain of its passing eases).

For the franchises already in town, they don’t need repeats. Craft Brewing has done a fine job renovating the old Paramount theatre. Kelly O’s designed an enjoyable patio. Even Earls has a unique space with a gorgeous view. The Cactus Club already established under the Yacht Club is a really nice venue as well with a killer view as well.

These franchises do great as it is, but Kelowna doesn’t want another downtown location for any of those businesses. One is enough, especially in the downtown core.

So, if you are an executive in the Cactus Club caucus, here are two suggestions.

One, people want a place to bust a move. Since Flashbacks, Rose’s, and Level are out, the movers and groovers are facing a confined space to flourish. Fernando’s still jams hard, BNA maybe has room to groove but it’s not really their vibe, yet the residents of Kelowna still need more dance floor. Please consider keeping the best part of Rose’s: the dance floor.

Two, please consider keeping the second best part of Roses: the club. Kelowna has enough restaurants, really there is no shortage of food options so long as you know where to look. But we do need more clubs. Stay open to 2am, at least on weekends.

Essentially, what Kelowna wants for you to consider doing with the old Rose’s is make it a real Cactus Club. An actual Cactus-Club.

That could be interesting. That could certainly be popular. That would be fun.

Curate a new design in collaboration with local artists, get creative for a second. Do something unique and original, not replicable outside the Okanagan.

Speaking for myself and the other students here, I beg you not toopen another restaurant-only venue. It is really not what this town needs. It is not what we want.