A Day in the Life of a Club Executive 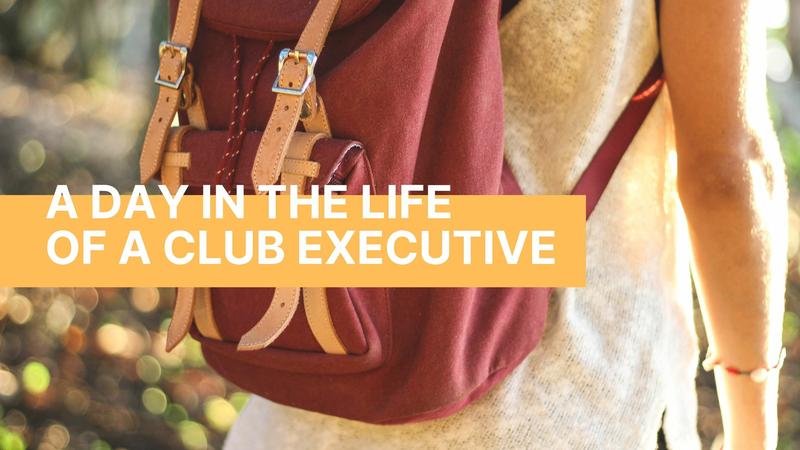 This week in ‘A Day in the Life,’ I followed around French Club Executive, Siara Less. Siara is a fifth-year student, majoring in History and minoring in Psychology. Her goal, she said, is to go into education.

Being Kelowna-born and a commuter student, Siara did not feel that she would have the chance to branch out of her high school social group and take full advantage of the social opportunities the campus has to offer. So, she decided to do something about it, “I’ve been involved with a lot of different departments. A lot of it revolves around Orientation.” Siara has been a peer mentor, a collegia assistant, a Jumpstart leader, but this is her first year working with the Student Union. 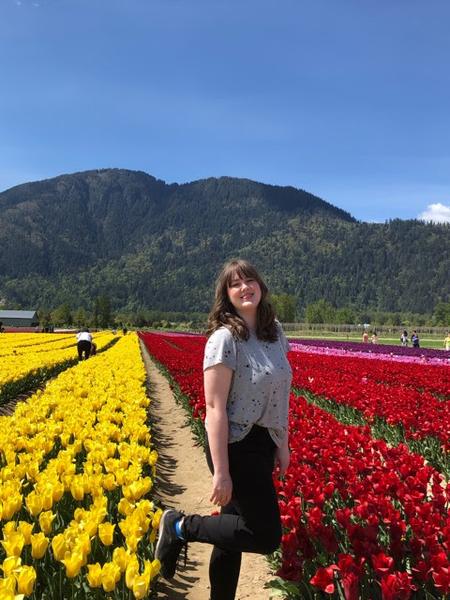 Siara had an early start on the Tuesday morning I followed her. After getting ready and preparing her lunch, she drove to campus for her first lecture, History of the American Revolution.

After this class, Siara went to her home away from home: the senior collegium, where she spends most of her free time. This space allows her to do some work, but also to meet up with her friends and socialize. Siara said, “I find that if I’m just studying, I don’t have much of a balance and I get really bored very quickly… fitting friends into my daily schedule… gives me a nice mental break and kind of refreshes me so I have energy when I actually have to do my homework.”

Unlike Adi who you met last week and who prioritizes being on his own, Siara prioritizes her social life, because, as she said, it “[keeps] her going.” She mentioned having a friend group is really important because they are the ones to pick you up if things in the semester are going poorly for you. Siara said that getting involved in campus life is useful because it creates a sense of connection in the campus community, “while doing work that is meaningful to you and that contributes to your future.”

I met up with Siara at a French Club social, which takes place every Tuesday from 12:00 p.m. to 1:00 p.m. in Sunshine cafeteria. As the Secretary for the club, her role is to be a support for the club’s president, Hannah Day, who happens to be a good friend of hers. Siara’s connection with Hannah motivated is what propelled her to get involved with the club.

Siara helps in the organization of events, which includes submitting application forms to the Student Union for budgetary reasons as well as for simple tasks like booking certain rooms on campus. When asked about her experience working for the SUO, Siara said: “my impression has been pretty good so far. I went to clubs’ day training, which is nice because I got a lot of information…[and] knowledge about how to run a club, because I came into this not really knowing anything…and every time I’ve emailed them, they’ve been really good about getting back to me.”

I have attended two of the events hosted by the French Club, and I have talked to members at different levels of French proficiency, including professors of the language here at UBCO. The club provides an opportunity to practice French and get immersed in French Canadian culture. As the secretary, Siara tries to be there for most of the events so that she can, “guide the conversation, make sure people are all getting included, and do any set up that’s needed.”

Siara had to cut her French Club meeting short to attend her next lecture, Eastern Europe during the Cold War, at 12:30 p.m.

Normally, Siara would go home after her class, but given her social nature, she was planning on going out to celebrate a friend’s birthday that night at the new hotspot for students, KBC.

Siara is always willing to talk to new people, make friends, and discuss topics of history and traveling (in French, if you’d like), so feel free to say hello if you see her around.