Dangerous Hormones and Our Current Obsession with Romance

If you thought university was a time for hook-ups, think again because your brain wants more than just a one-night stand. 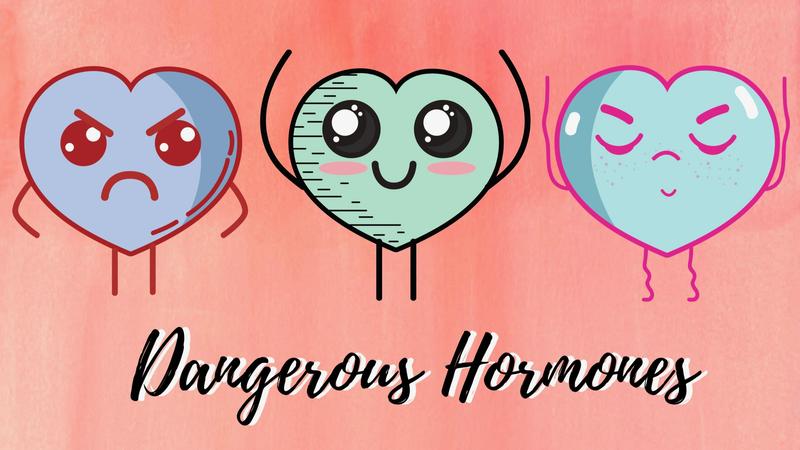 What is it about relationships that has all of us entranced with romance? Scrolling through Instagram, most of us will find one, two, or ten quotes in our feed that refer to ‘the perfect romantic relationship.’ Popular media has idealized the idea of having a partner to such an extent that the concept of love seems to be both impossible and the ultimate goal.

Even though university culture may suggest that students would rather be single or in casual relationships, studies show otherwise. Research from Brown university on the topic of hook-up culture amongst first-year female college students surprisingly found that hook-ups are not the most common type of sexual encounter among first year students. In fact, sex within a romantic relationship is twice as common as hook-ups. The latter tends to occur during the first couple months of university given their experimental nature, with 40% of the participants reporting a hook-up during their first year of university. Nevertheless, students later tend to gravitate towards romantic, stable relationships rather than casual ones.

Humans have a biological need for attachment. In a study presented in Psychology Today, researchers Roy Baumeister and Mark Leary exposed that human beings have a need for a sense of belonging, achievable only through lasting, meaningful relationships rather than the “excitement of changing romantic partners.”

So, yes, media does play a huge role in idealizing romance, but so does science. In fact, there are over 9,485 scholarly articles that depict romance as one of the most positive relationships humans could possibly have, overshadowing familial and friendship relations. However, there is no forgetting that love can also have detrimental effects on our well-being.

To understand this, is important to know the science behind attachment and romantic feelings. Those butterflies and gooey feelings, for example, are mostly these hormones:

So, all of these hormones are usually associated with positive outcomes but, like anything in excess, love can be truly dangerous. Not only are romantic relationships associated with 124% increased probability of missing classes, love hormones can cause a physiological imbalance detrimental to our mental health.

Oxytocin, for example, is particularly treacherous. Have you ever been in a relationship where your romantic partner is not as invested in the relationship as you are? While Oxytocin levels should decrease in this case in order for the more involved partner to detach themselves from the person that is not giving them their full time and commitment, the brain will start producing even more oxytocin as if to tilt the scale of romance.

It makes sense for the body to do this as an act of self-preservation; it is an attempt to salvage the relationship by showing the detached partner how much love they would be missing out on if they decide to leave. High levels of oxytocin are positively correlated with feelings of control and jealousy.

Furthermore, the anxiety to keep the relationship going can result in the literal loss of yourself as an individual in order to give all time and thought to the other person and the relationship. This can lead to depressive symptoms. All in all, not quite the fairytale.

These studies are just examples of what could happen in relationships and the response of our bodies to different psychological and physical stimuli.

Even with this information out there, people are still putting their hearts on the line, betting on love, and trying to create a lasting connection with a partner. In university, it might seem daunting to cope with the additional stress; however, one must remember that if a romantic relationship is a source of happiness, safety, and trust, having an unconditional support can actually be beneficial for a lot of us.