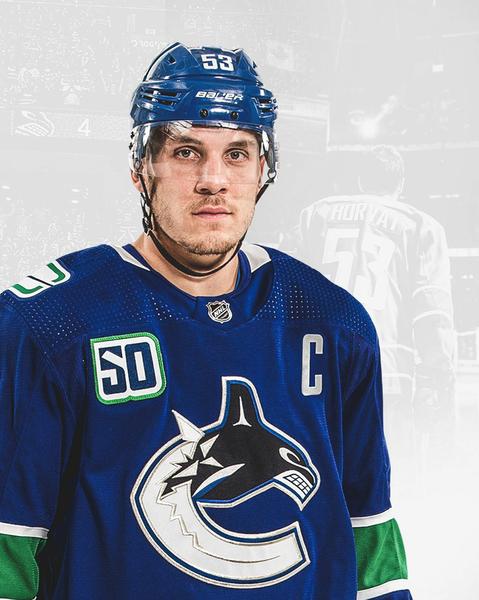 On October 9, the Vancouver Canucks presented Bo Horvat as the new captain of the franchise in the home opener against the Los Angeles Kings. Horvat became the 14th captain of the Canucks. The heart felt ceremony before the game featured a collection of former Canucks including Todd Bertuzzi, Kirk Mclean and Stan Smyl.

Horvat was presented his captaincy by Canucks legend Henrik Sedin who passed over the captaincy over to Horvat who noticeably was emotional and nervous about the new title he received.

Horvat’s nerves of the captaincy even slipped into his playing as he was noticeably shaky the first few shifts against the Kings. The Canucks, on the bright side, showed up to play against the Kings and dominated every aspect of the game winning 8-2 for their first win of the season.

It’s not often we see the team put up 8 goals, let alone in the first home game of the season or on a special night where the Canucks name a new captain. it was exciting to watch an important night in Canucks history as last season the Canucks went without having a team captain. Now, it seems all the pieces are coming together, and the Canucks are officially moving on from the Sedin Era and looking straight ahead.

To make the evening even more special, Horvat collected an assist and the new addition J.T Miller accumulated a career high 4 points along with the young star Quinn Hughes who scored his first NHL goal. It was a night to remember for Canuck fans.

Horvat’s captaincy comes at a time where the Canucks for the first time in years have a real shot at making the playoffs. With goaltender Jacob Markstrom finding his groove last season, some good off season pickups, and a new captain, the Canucks may just have a chance at playoffs.