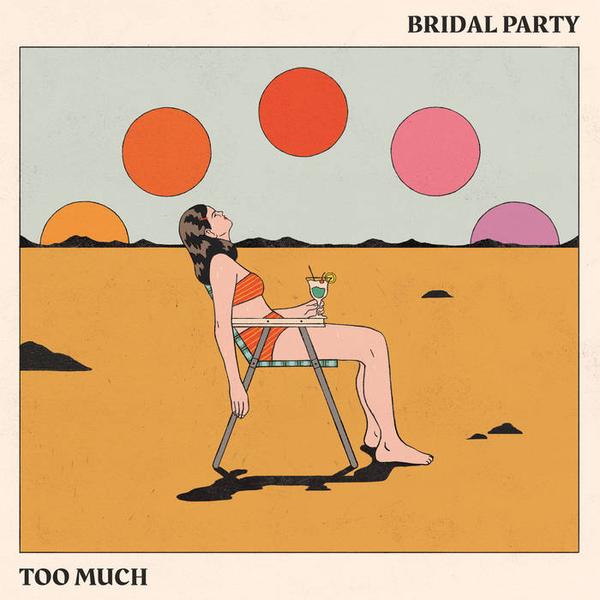 Besides the latest release, Bridal Party has previously released 2 EPs and toured extensively throughout North America. They have played with bands such as The Courtneys, Anemone and Peach Pit as well as at festivals such as Sled Island and Rifflandia. Produced and recorded at Infinity Studios in Victoria, BC over three separate week-long sessions, their debut ten-track record is full of easy-going and lazy tunes perfect for a beachy wind-swept day.

Catchy hooks and sing-along choruses mixed with shimmery synth lines and jangly guitar riffs are motifs found throughout all tracks. The entire album exhibits strong song-writing and impressive but unobtrusive instrumentation, resulting in a very cohesive and consistent sound throughout. However, there is a satisfying amount of variety between tracks to keep the album interesting and not repetitive.

The fourth track on the album, “Speak Easy,” stands out as a refreshing departure from the rest of the album with its staccato rhythm and hard stops. “Saltwater” also features a welcome deviation with a more eerie, haunting delivery of the lyrics and a darker, more ethereal sound.

Bridal Party is currently on a 31-city, six-week North America tour supporting their latest release, including two dates in Los Angeles. They kicked off their tour in Kelowna on September 16 with a show at Milkcrate Records. The live show consisted of faithful recreations of the studio versions, with enough satisfying embellishments and a strong stage presence to keep the show interesting.

Check out Bridal Party on Spotify, Bandcamp and SoundCloud. Find their tour dates and more information on their website.