Has Jim Benning made the right decisions to lead the Canucks to the NHL playoffs? 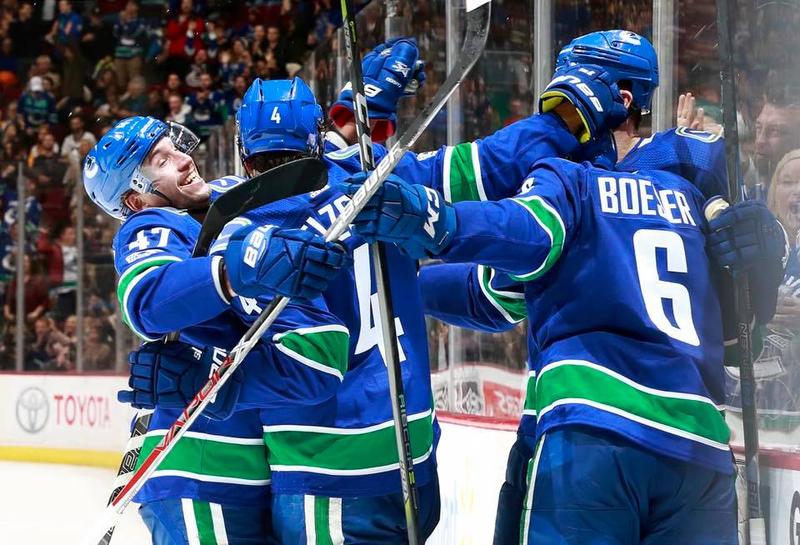 On Monday September 16, Brock Boeser of the Vancouver Canucks, signed a 3 year bridge contract for 17.625 million. The 22 year old restricted free agent (RFA) finally came to a short term solution with Canucks management and paved the way for a big long term extension down the road.

The problem with signing Boeser for only 3 years is that he will be an unrestricted free agent and likely will ask for a big, long-term contract. Some rumours say that Boeser will be asking around 10 million dollars per season, which is possible if he is a consistent 30+ goal scorer. Though it’s tough to say if Boeser will live up to all the hype, he could likely meet the expectations of 30+ goal scorer consistently if he stays healthy and keeps improving.

Despite Mitch Marner’s giant contract to the Toronto Maple Leafs for 10.893 million per season for 6 years, the Canucks in comparison seem to have gotten a decent deal for Boeser at 5.875 million. Since the Canucks are tight on cap space, we can speculate that this is a part of a bigger plan by General Manager Jim Benning. Benning has notably received a lot of criticism over underachiever Lou Erickson whose 36-million-dollar contract will come to an end just in time for Boeser’s free agency.

Other notables are Quinn Hughes and Elias Petterson who will both need to sign contracts sooner rather than later. Canucks fans should expect these two to be asking for big contracts. The question will then arise if Benning has overspent the Canucks salary cap.

As for now, Boeser is signed and the Canucks lineup has had some serious improvements during the off season. It is undoubtedly a relief to have Boeser signed. Though it is only a short-term contract, we will soon find out if General Manager Jim Benning has made the right moves this off season and if the Canucks can make the NHL playoffs for the first time in 5 years.